The banking system in India provides a meeting ground for investors and savers. With time, the Indian banking system structure and our country’s financial markets have also experienced a huge transformation since liberalization.

In the modern era, banks play a significant role in accumulating public savings and making them available for investment. They also boost the mobility of capital and create demand deposits in granting loans and buying investment securities.

Thus, we can conclude the overall effects were positive since the emergence of the banking system in India and led to a win-win game for all businesses and investors.

History of Banking System in India

Did you know the first bank of India, ‘Bank of Hindustan,’ was established in 1770? Yes, you heard it right! In 1770. The bank was located in Calcutta, which later ceased its operations in 1832.

During that era, more than 500 banks registered themselves and trying to flourish, but only a few of them managed to survive, including the Bank of Bengal (1809), Bank of Bombay (1840), and Bank of Madras (1843).

Note: Bank of Calcutta (The oldest commercial bank in India) was established in 1806. After 3 years, the bank was issued a royal character and changed its name to the Bank of Bengal.

When the British Empire was ruling India, the 3 banks mentioned above were established. All these banks were merged to form the Imperial Bank of India in 1921. In 1955, after India’s independence, the name of Imperial bank was changed to the State Bank of India (SBI), which is carrying out operations even today.

In addition, SBI is the largest public sector bank in India and is serving numerous customers through its impeccable services.

The subsidiaries of the State bank of India were nationalized in the year 1959, including:

Besides, the list of the other 14 Banks nationalized in 1969 includes:

11 years later, In 1980, another 6 banks were added to the list of the nationalized banks, including:

Note: All the subsidiaries of the SBI were merged with the State Bank of India in 2017.

The liberalization took place by the government in the 1990s that led to the emergence of many private banks, including ICICI, HDFC, IndusInd Bank, and UTI Bank.

Also Read: What Are The Different Types Of Banking Transactions?

Banks are the financial institutions having the primary purpose of lending money to individuals/solopreneurs/businesses, receiving deposits, disburse payments, safeguarding money, and investing in stocks/bonds.

Banks are a crucial element holding utmost importance in the modern economy. They are the crucial financial institution every economy needs to survive. Here is the list of financial regulators in India on which the Indian economy is dependent immensely:

The father of all banks, ‘RBI‘ is the central banking institution of our country. All banks regulate and operate as per the guidelines issued by the Reserve Bank of India.

In a nutshell, it can be concluded banking system in India is incomplete without the RBI.

2. Securities Exchange Board of India (SEBI)

SEBI is a statutory body solely responsible for regulating the securities and Indian capital markets under the jurisdiction of the Ministry of Finance. Primarily, SEBI protects the interest of investors by enforcing particular rules and regulations.

This financial regulatory body is very powerful. It monitors & regulates the securities market and helps the issuer of securities act as the protector of investors, traders, & financial mediators.

IRDA is another regulatory body whose primary objective is to protect the interests of the insured person. It is solely responsible for monitoring insurance-related activities and ensure the development of the insurance industry.

It works under the jurisdiction of the Ministry of Finance and promotes the insurance industries in India.

With the increase in the number of banks, now the banks and the banking system in India are divided into different groups. Each group has its own dedicated market along with advantages and drawbacks.

Also Read: What Is A Bank Rate In India? Bank Rate Vs. Repo Rate

What are the Types of Banks in India? 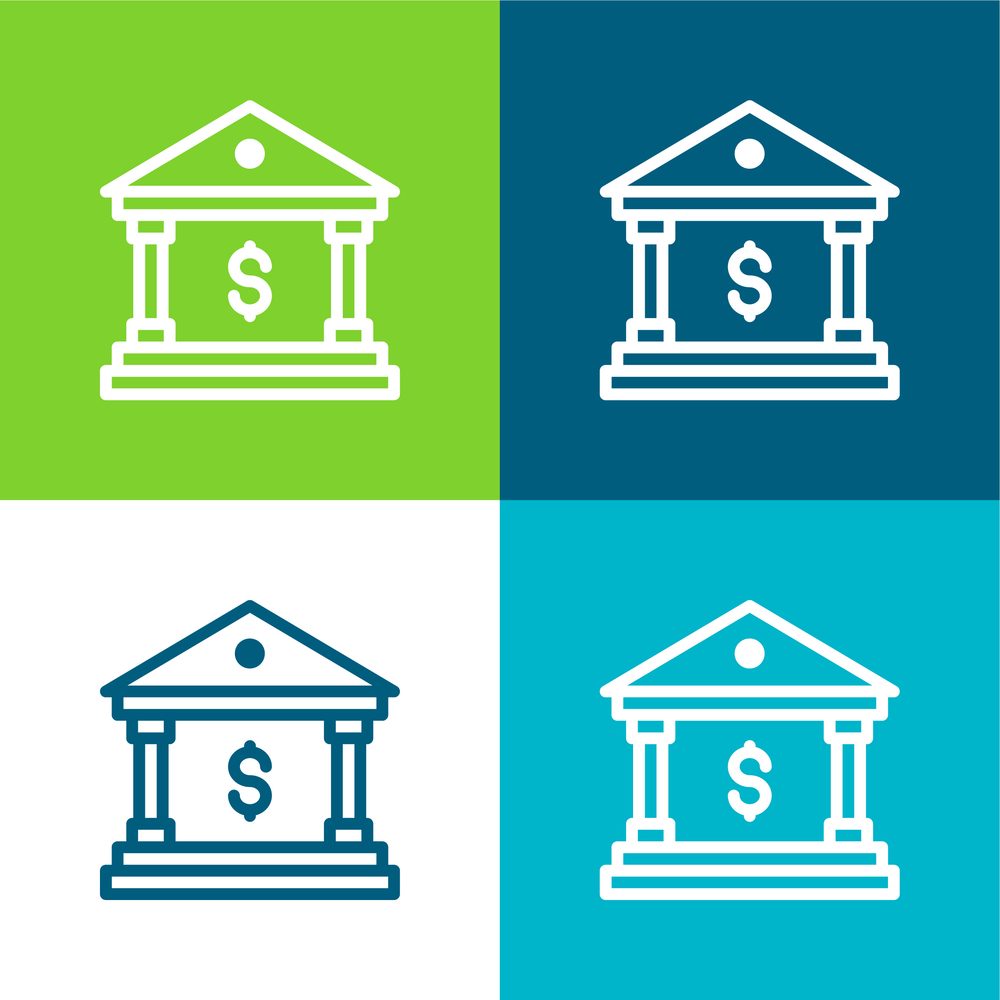 The Indian Banking System Structure is divided into the following categories:

Scheduled banks; whose paid-up capital is more than Rs 5 lakhs. These banks do not harm the interest of the depositors. Some of the scheduled banks in India are Bank of India, Bank of Baroda, Allahabad Bank, Andhra Bank, Indian Bank, Dena Bank, Canara Bank, and Bank of Maharashtra.

Non-Scheduled banks do not comply with the guidelines specified by the RBI (Reserve Bank of India). These banks are opposite of Scheduled Banks, which implies the paid-up capital of non-scheduled banks is less than Rs. 5 lakhs. This category of banking system follows CRR conditions.

The Central bank of India is responsible for regulating and guiding other banks in the country. It is a chief bank known as the ‘banker’s bank’ or the ‘government’s bank.’

In India, the RBI is the central bank whose primary function is to emanate our country’s currency and execute financial strategies, approaches, and determining policies. Simultaneously, all the activities related to foreign exchange are looked over by the central bank.

Cooperative banks carry out all the activities under the guidelines of the state government. These banks’ primary objective is to ensure public welfare and social well-being, which is achieved by offering loans to people.

b. Private Sector Banks: The majority of the share is held by the business houses or private stakeholders. Some of the private sector banks include ICICI Bank, HDFC Bank, Axis Bank, etc.

c. Foreign Banks: Foreign banks manage their operations headquartered overseas and carry out the functions under the regulation provided by the central government of India. One of the examples of foreign banks in India is Citi Bank.

These are specialized financial institutions that provide long-term and short-term loans to entrepreneurs at a low rate of interest as compared to other banks. Name a few of the development banks to include Industrial Financial Corporation of India, Industrial Development Bank of India, and India’s Industrial Credit and Investment Corporation.

These banks are also known as the Land Development Banks. These banks were incorporated to provide long-term loans to the farmers at a low rate of interest. Land Mortgage Bank’s primary objective is to mortgage farmer’s land and provide them loans against it without the need for extensive paperwork.

Regional Rural Banks were established to ensure the welfare of the weaker section of the rural population. The primary purpose of these banks was to meet all the requirements of the unprivileged people.

Exchange banks are primarily involved in the activities related to buying and selling of foreign exchange. The purpose of these banks is to boost international trade.

Exim banks provide great support to the importers and exporters. These banks are also known as ‘Export-Import Bank’ granting long-term financial assistance to the exporters and importers.

Who introduced the banking system in India?

The origin of the banking system can be effortlessly traced to when the bank of Calcutta was founded. While the British people were ruling the country, the Union Bank of Calcutta was established on 2nd June 1806. After some years, with the foundation of the English Agency Houses in Calcutta and Bombay, the banking in India experienced a significant boost.

Allahabad Bank was the first bank to be owned by an Indian. The Allahabad bank was established in 1865. Then, in 1895, the Punjab National Bank was incorporated and started operating. Soon after that, a series of commercial banks were established between 1906-1913, such as Bank of Baroda, Bank of Mysore, Canara Bank, Central bank of India, Indian Bank, etc.

Even the pivotal regulatory banking body of our country, the Reserve Bank of India, was established in 1935 on the recommendation of the Hilton-Young Commission. However, during that phase, the requirements of the weaker section of society (rural and agriculture sector) were neither fulfilled nor given any consideration.

Also Read: How to Open a Bank Account for a Minor in India

What are the Indian banking system and its characteristics? 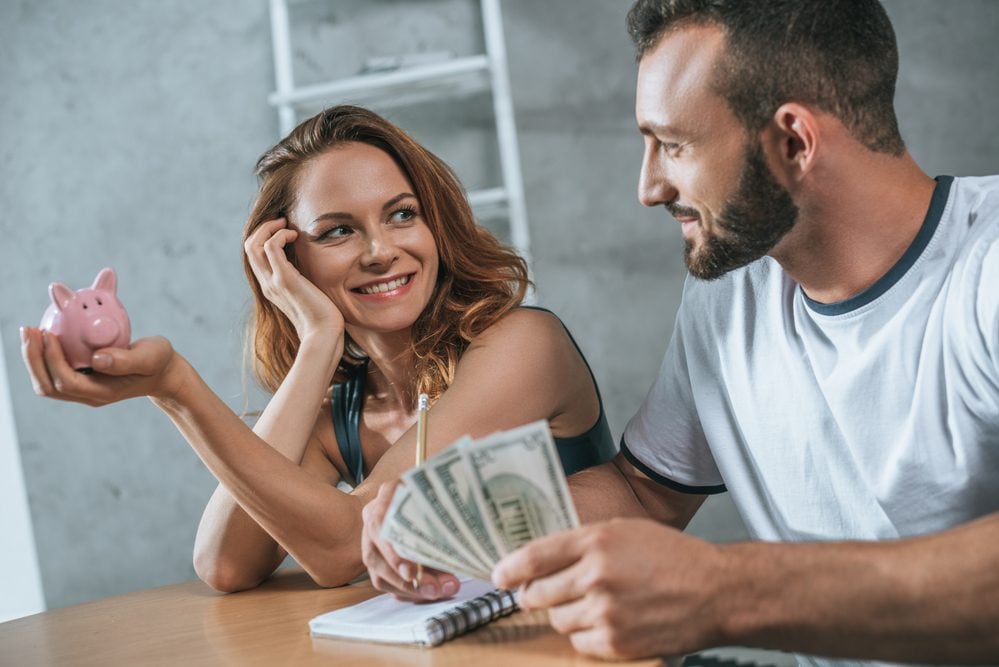 Indian Banking System can be classified as:

Organized banking in India is under the central bank’s control, which is RBI, and other financial regulatory bodies named SEBI and IRDA.

The central bank has no control over the unorganized banking sector. Some of the most important segments of unorganized banking include indigenous bankers, money lenders, landlords, lending pawnbrokers, and traders. Moreover, this banking system in India is characterized by a lack of uniformity in its business dealings.

What is Indigenous banking?

You might be thinking, who are indigenous bankers! Indigenous bakers are the individuals or private firms operating the same way as banks and are also known as financial intermediaries, which means they receive deposits and offer credit to the customers. This banking is functioning for hundreds of years and plays a vital role in the Indian economy.

Indigenous bankers provide robust support to the agriculture sector by facilitating the transportation of agricultural products from rural areas to metropolitans and city markets. Furthermore, they also help in the movement of industrial products to various parts of the country.

How to Remove These Flaws of Ingenuous Banking System

Some important characteristics of the Indian Banking System Structure are listed below:

Due to the initiatives taken by the Reserve Bank of India, the financial institutions and banking system in India have seen considerable growth.

The banking system has the power to immensely influence our economy’s development. The country’s rural and backward regions are also dependent on the banks as it is a great source of providing capital for small or medium-scale businesses.