August 11, 2020
Reading time: 4 minutes
Written By Sushma Singh
Sushma is a full-time blogger and financial expert. Join Sushma and 10,000 monthly readers here to learn how to save and invest your money wisely. 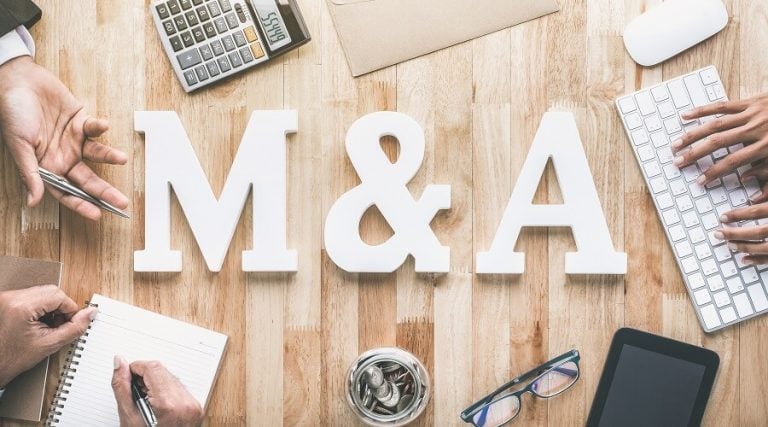 Advantages and Disadvantages of Mergers and Acquisitions (M&A) can be ascertained through the short-term and long-term strategic outlook of the company by the new and acquiring companies. It is due to the influence of various factors such as the market conditions, variedness in cultures of business, cost of acquisition, and modifications to the financial power around the corporate takeover.

The merger of September 15, 2008, was a well-known example of a bad merger. The merger was between Bank of America and Merrill Lynch. Various complexities circumscribed this merger, such as employee bonuses, additional debt, and forced hands, as validated by the U.S. Senate Committee on Banking investigation of the merger on April 13, 2009.

In the case, if the short-term financial benefits are not actualized, long-term realizations may be visible as a valid and probable reason for the merger or acquisition.

In this article, we will discuss the advantages and disadvantages of mergers and acquisitions in four parts involving the pros and cons of M&A decision making, operational and financial advantages, costs, and consumer & shareholder drawbacks.

A variety of reasons provide sanction for a corporate merger and acquisition, from which some of the reasons are not necessarily financial in nature. M&A is within the scope of the Board of Directors to follow up, and the company executives to start and implement. Since the board members of the company may also be subject to political, social, and personal interests, the decisions seeming to be in favor of the shareholders may also get messed up with other additional factors.

According to an estimation, 66% of mergers and acquisitions cannot become successful because of M&A intent. From the rest 33% successful ones, the mergers and acquisitions achieved a net gain from the M&A or misled M&A intent. Numerous reasons for the majority of failures existing in addition to the failures themselves, showing a possible disadvantage of M&A activity, is a comparatively high risk of over-optimism in respect of the financial results.

It is further depicted in a 2005 article on M&A preparation in the Journal of Global Business. Moreover, the article that refers to a number of M&A case studies and research sources illustrates the reasons for M&A limitations, which involve a poor basis for making decisions from the leadership side of the company. Also, it represents a failure to consider and/or incorporate the new company, weak transitional management, and overestimated valuation of the acquired company.

Despite such reasons, some M&A fail due to regulations. Their circumstances may harness the characteristics of the decision-makers for the net economic advantage ignoring conflicts of interest, short-term financing, and consumer disadvantages. In other words, mergers and acquisitions may be economically gainful in terms of increasing the universal competitiveness of the company, reducing the complexity of regulatory oversight and adding to the net worth of the shareholders. M&A activity validates the same, and this is successful through increasing the worth of equity, a greater share of the market, higher industrial capacity, enhanced operational efficiency, etc.

Operational and Financial Advantages of Mergers and Acquisitions

The operational and financial advantages of mergers and acquisitions are widely illustrated and may also present the face of M&A activity to shareholders, the public, to corporate appeals and legislators, etc. These advantages involve a magnified share of the market, decreased cost of production, better competitiveness, acquired research and development, patents, and technical know-how. Below are the advantages of M&A:

Not all the above-mentioned advantages of mergers and acquisitions are recognizable but are often included among the reasons for engaging in the corporate activity of M&A. When a company is capable to avail benefits from all these advantages, it can drive towards better stability and steadiness as a corporate entity and also hold out greater political influence and industry leadership.

Huge legal expenses make mergers and acquisitions costly. Furthermore, in the short run, the cost of acquiring a new company may not yield profits. That is why a merger or acquisition is more as a strategic corporate decision rather than a tactical negotiation. Moreover, if a shark repellent unknowingly emerges after an immediate acquisition of shares of another company, this could make the acquisition approach very expensive and/or redundant.

M&A activity also aggravated by the short-term opportunity cost. It is the cost incurred when the same amount of investment made somewhere else for a higher financial return. Sometimes this cost does not prevent or disrupt the merger or acquisition because the estimated financial benefits of long-term outshine the limitations of the short-term cost.

Drawbacks for Consumer and Shareholder

In some cases, mergers and acquisitions may not only prove to be a disadvantage to the shareholders but to consumers as well. It may happen for both parties when the newly formed company takes the form of a large oligopoly or monopoly. Furthermore, when larger power of pricing evolves from the decreased competition, consumers may have a big financial disadvantage. Some of the possible disadvantages faced by consumers concerning mergers and acquisitions are as follows:

Recommended: Advantages And Disadvantages of Investing In Warrants

Shareholders may also get disadvantages by corporate leadership if it becomes too content or complacent with its position in the market. In other words, when M&A activity reduces industry competition and forms an influential and impactful corporate entity, that company may suffer from the non-competitive stimulus and declined prices of shares. Decreased prices of shares and equity valuations may also emerge from the merger itself as a short-term disadvantage to the company.

How to Avoid Timeshare Fraud or Scam