January 4, 2023
Reading time: 3 minutes
Written By Sushma Singh
Sushma is a full-time blogger and financial expert. Join Sushma and 10,000 monthly readers here to learn how to save and invest your money wisely. 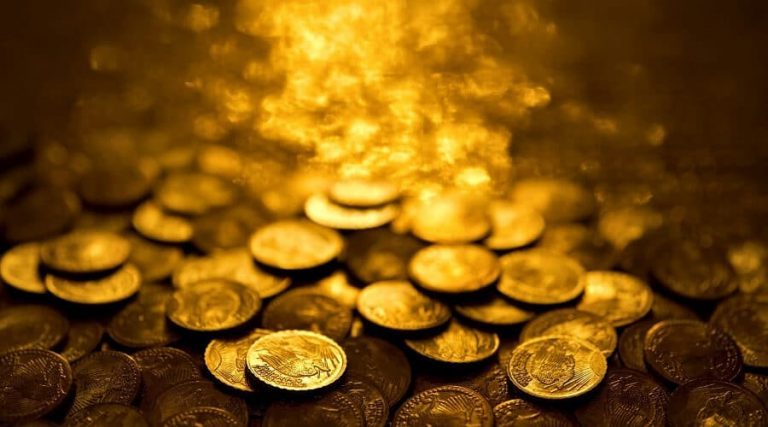 Disregarding some less traditional or substandard Gods and Goddesses of wealth like Trasheba, almost all of the words of the English language, concerned with wealth are sourced from the Latin words that depict Roman Gods and Goddesses of Wealth. According to the United Nations Roma Victrix, three Gods of wealth among the Gods in Roman culture particularly named Eventus Bonus, Fortuna, and Abundatia are identical with the English words Bonus, Fortune, and Abundance. A financial publication named Fortune has its name inspired by the Roman God Fortune.

The Roman culture is not the sole culture to have Gods and Goddesses of wealth. Many of the past and present cultures have deities of wealth, a variety of which have origins that antecede monotheism. In mythology, the wealth deities are often portrayed, yet they are ancient religious icons also. Authentically, it is believed regarding these deities that either they depict the idea or notion of wealth and prosperity or are regarded to simply aid practitioners of the faith in acquiring wealth by worshipping and/or performing rituals.

Some other cultures having Gods and Goddesses of Wealth are described below:

Sumerians are an early civilization to have Gods of Wealth. The Babylonians, Assyrians, and Akkadians that lived for about thousands of years prior to the common era are all covered in the Sumerian civilization. A God of wealth called Bogu and a Babylonian god of fortune related to the God Marduk named Ziku are the two Sumerian Gods of Wealth. Among many gods depicted in the course curriculum of the ancient Sumerian mythology at the Grand Valley State University, these are two of them. The Hindu Goddess of Wealth depicted in Indian Vedic texts from thousands of years ago is Goddess Lakshmi. Goddess Lakshmi, in her idols or pictures, is usually portrayed beautifully with several arms, sitting on a large lotus flower, being surrounded by adorned elephants, and blooming lotus flowers. Similar to the Sumerian gods, the Goddess Lakshmi also antecedes western culture monotheism. The Goddess Lakshmi is majorly worshipped on the occasion of Hindu festival Deepavali which is also called the Festival of Lights. It is an auspicious period of celebration and giving gifts to each other. This Goddess has various names, and she also reincarnated as ‘Shri Radha’ according to Hindu mythology.

Greek Gods and Goddesses of wealth and fortune

Tyche is the Greek Goddess of fortune, chance, providence, and fate, and Ploutos is the Greek God of Wealth. The Theoi Project depicts the origin of Pluotos as an indication of massive agricultural harvests. Due to this fact, the Theoi portrays Ploutos as Demeter’s son. Demeter is known as the God of agriculture. Though, Goddess Tyche holding the baby God Ploutos is also depicted by the Greek statues. Such a posture of her signifies the consistency amidst Tyche’s destiny and its annexure with God Ploutos.

The Tibetan Gods of wealth are known as Jambhala. The Jambhala Gods are also known as Kuver in Hinduism, according to the Rijsk Museum. The Buddhist Gods of wealth in Tibet counts several Jambhala gods named after vivid colors and the Heavenly Wealth of God. The Rijsk museum embodies the statue of Jambhala that portrays wealth and abundance via valuable jewelry and money-filled pots. It is still regarded that by doing worship of these Gods by offering various things to them helps to gain their blessings.

Recommended: The Difference Between Financial Assets And Liabilities

Some more cultures of Asia, that have Gods of wealth are the Chinese, Japanese, and Thai. These gods share a particular multiplicity about them, partially because they all have common Buddhist origins. However, it is like the same every time, as portrayed among some of the Gods of wealth in China. Further, World of Feng Shui describes various Chinese Gods of wealth, including Tsai Sheng Yeh, a God believed in by business personalities; Bi Gan, an equalitarian dynastic god of wealth; and Kuan Yu, the Warrior God of wealth.

Credit Derivatives and their benefits