Utkarsh Microfinance Private Ltd (Utkarsh), promoted by Mr. Govind Singh (an ex-banker), commenced operations in August 2009. Based out of Varanasi (Uttar Pradesh), the company is one of the fastest-growing mid-sized MFIs and has a network of 112 branches and loan portfolio of Rs.247 crore as on September 30, 2013. 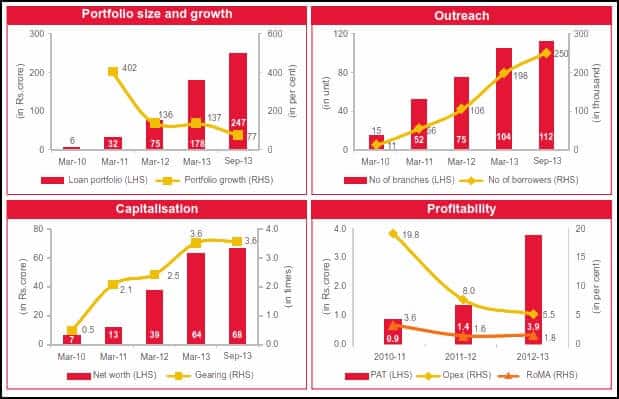