Update August 2017: The Bharat Microfinance Report 2016 report can be accessed here. The older version of this report follows below.

The latest rankings of the top MFI’s in India has been released in the Bharat Microfinance Report 2015, the results are based on data made available to Sa-Dhan by MFI’s and are for the financial period of FY2014-15. These rankings can be considered to be valid until October 2016, when fresh rankings of microfinance companies will be released.

Bandhan Financial Services which transformed into a full-fledged bank under the name of Bandhan Bank is India’s leading MFI on most parameters. The ranking of top MFI’s in India is given on the basis of their Geographical Spread, Branch Network, Client Outreach, Loan Portfolio, and Loans Disbursed.

Ujjivan Financial Services has the largest geographical spread with operations across 24 states compared to 22 states for Bandhan Bank and 19 states for SKS Microfinance. 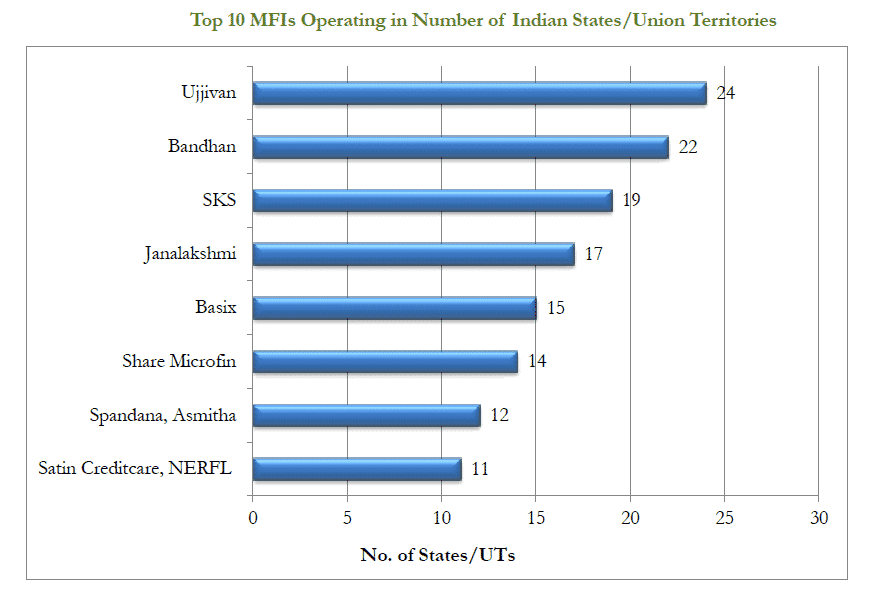 When it comes to Branch Network, Bandhan Bank has the highest number of branches at 2022 and this is substantially higher than the 1273 branches of SKS Microfinance that comes in a distant second. Only 4 MFI’s in India have a branch network that is greater than 500. 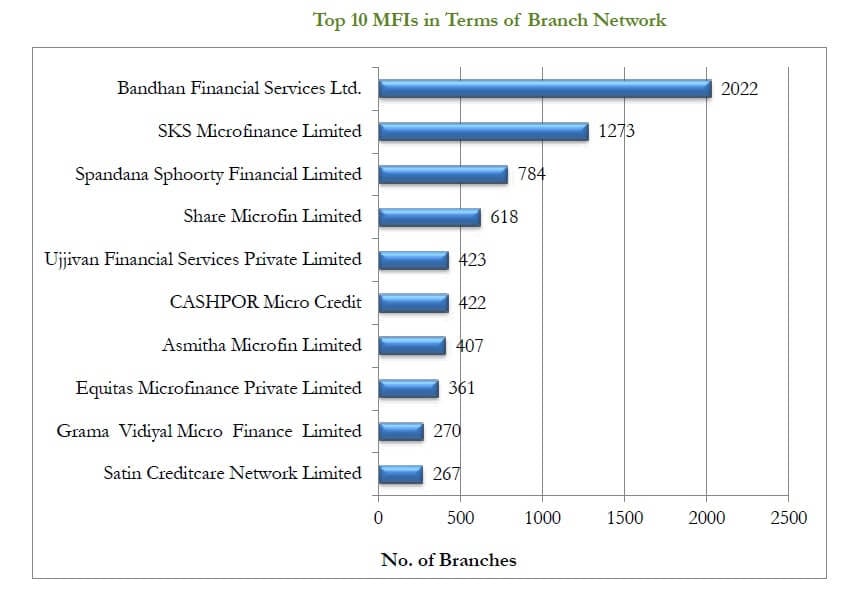 With its extensive branch network, Bandhan Bank has been able to ensure maximum client outreach and has the highest client base of 65 Lakhs. SKS Microfinance once again comes a distant second followed closely by SKDRDP which follows the Self Help Group – Bank Linkage model of microcredit and is based mainly in the state of Karnataka. 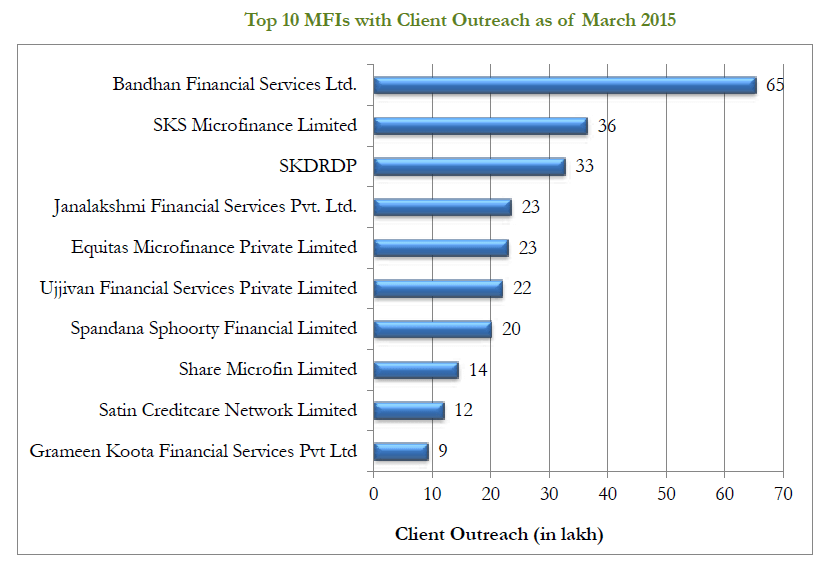 Bandhan Bank is once again the leader followed by SKS Microfinance, Janalakshmi which is an urban-focused MFI is placed third with Rs 3774 Crore outstanding. 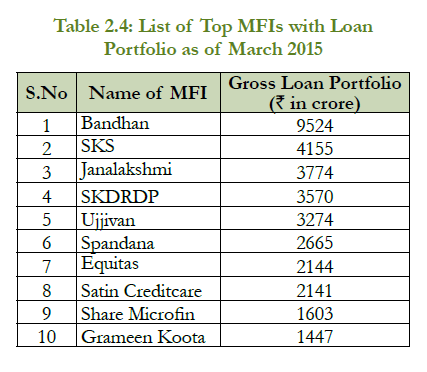 Bandhan Bank disbursed the largest loan amount of Rs 14,989 Crore which is 110% of what SKS Microfinance disbursed during the same year. Ujjivan is in third place at Rs 4328 Crore disbursed followed closely by Janalakshmi at Rs 4121 Crore. 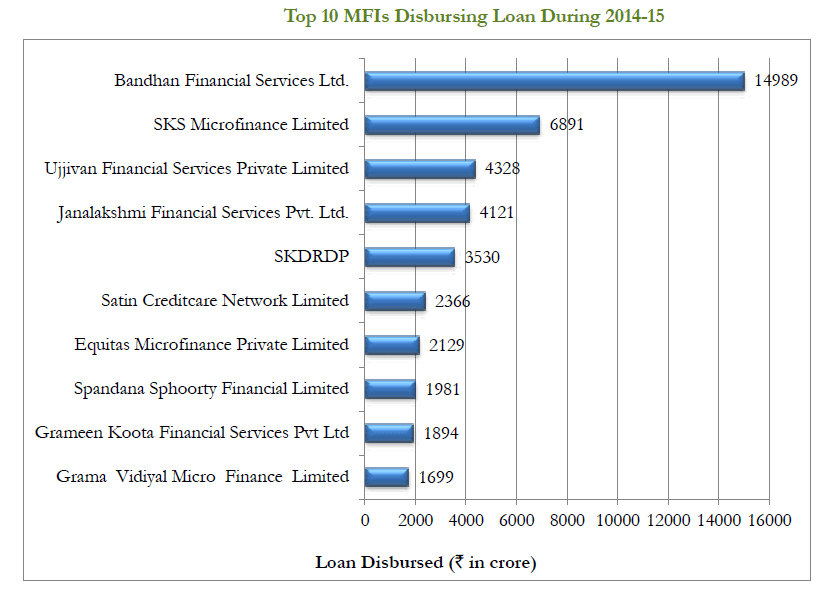 These rankings confirm that Bandhan Bank is now the top microfinance company in India and has largely left most of its peers behind on different parameters. Going forward the small finance bank licenses issued to many NBFC-MFI’s will determine how these firms will compete with microfinance companies. More than 20 bank licenses have been issued by RBI over the past one year and as these new banks commence operations over the next year, we can expect the competition to hot up. Watch this space for more updates!