Incorporated in 1995, Sonata Finance Pvt Ltd (Sonata Finance) was acquired by its current management in 2006, following which the company started its microfinance operations. The promoters have experience of managing operations of a large MFI based in northern India. In 2007, Sonata Finance acquired the microfinance unit of the Jeevika Livelihood Support Organisation in Madhya Pradesh. 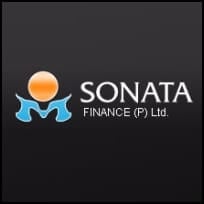 Sonata Finance distributes small loans that begin at Rs. 2,000 to Rs. 12,000 to poor women so they can start and expand simple businesses and increase their incomes.

Sonata is promoted by Anup Singh, Swaminathan Ankaleshwar Aiyar, Bellwether Microfinance Fund along with others.

Before starting SONATA, Anup was associated for more than 8 years with the CASHPOR group of companies, since its inception. At the time of leaving CASHPOR, he was an ex-officio Chief Executive and the second most senior executive in the CASHPOR group of companies. Anup holds a Masters degree in Economics & Sociology, a Postgraduate Diploma in Rural Development and Management, and an MBA in Finance. He was born and brought up in Uttar Pradesh, India, and presently resides in Allahabad, with his wife and three children.

Swaminathan Ankaleshwar Aiyar is a noted Indian journalist. An alumnus of The Doon School and St. Stephen’s College, he earned a master’s degree in economics from Magdalen College, Oxford, UK. He is currently consulting editor of The Economic Times, India’s leading financial daily that is part of Bennett, Coleman & Co., the same company that owns The Times Of India. He is also a research fellow at the Cato Institute, a prominent libertarian think-tank in Washington DC, and an occasional media consultant to the World Bank. Swaminathan Aiyar writes a popular weekly column titled, “Swaminomics” in The Times of India where he discusses economic and political issues pertaining to India and the world. Mr. Aiyar has prepared several reports and papers for the World Bank. He was also, in 1976-85 and 1990-98, the India correspondent of The Economist. Earlier, he was Editor of Financial Express (1988-90) and Eastern Economist (1980-82).

He has two books to his credit: Towards Globalisation (1992) and Swaminomics: Escape from the Benevolent Zookeepers (2007).

Bellwether is the first Indian venture capital fund that invests in MFIs in India. The fund invests in a high potential start-up MFIs committed to efficiency and commercial viability, and in well-established medium-sized MFIs that intend to transform into legally appropriate entities. Bellwether has been working with SONATA since the launch of its microfinance operations.

Bellwether provides SONATA with technical and capacity-building assistance to further scale up SONATA’s operations in a sustainable way.

Michael and Susan Dell established the foundation in 1999. The gift was inspired by their passion for supporting children’s causes as a way to make an even greater difference in a measurable way, particularly for those children living in urban poverty. Based in Austin, TX, the foundation initially focused on improving education and children’s health in Central Texas; but our mission soon expanded to reach children globally. To date, the Michael & Susan Dell Foundation has committed more than $530 million to assist nonprofit organizations working in major urban communities in the United States and India. Our vision is to focus on opportunities with the greatest potential to directly and measurably transform the lives of children living in urban poverty.

India Financial Inclusion Fund (IFIF) is a fund that was set up in August 2008 as an off-shore India-focused equity fund, investing in high-growth, small to medium MFIs and enablers. It aims to provide new MFIs with start-up, growth capital, strategic inputs, and technical advice. Support and enable product diversification by providing appropriate risk capital, Encourages the scaling up or creation of microfinance enablers, who will contribute to building an efficient microfinance ecosystem and Play the role of an active, responsible investor seeking to deliver a competitive financial return and support the expansion of social performance initiatives.

Sonata Finance is one of the fastest-growing NBFC-MFIs in northern India and had a network of 162 branches spread across 48 districts in five states, and a loan portfolio aggregating Rs.246 crore as on September 30, 2013.

The latest financial data which is available in the public domain is given below: