SKS Microfinance Ltd (SKS) was incorporated as a private limited company in 2003 for taking over the microfinance activities of Swayam Krishi Sangam, a society that was registered in 1997 and began operations in 1998. After obtaining the NBFC license from the Reserve Bank of India in January 2006, SKS took over the operations of Swayam Krishi Sangam. 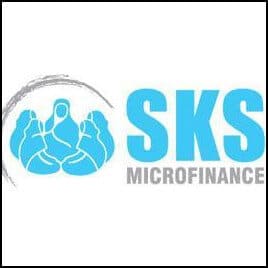 SKS is the only listed MFI in India and had its operations spread across 15 states with no state accounting for more than 20 percent of its overall loan portfolio as on September 30, 2013. Having successfully survived the Andhra Pradesh crisis despite having large exposure to the state, SKS is the second-largest NBFC-MFI with a loan portfolio of Rs.2,348 crore as of September 30, 2013.

Given below is the loan portfolio size of SKS Microfinance, it’s outreach and profitability for the last 3 years. 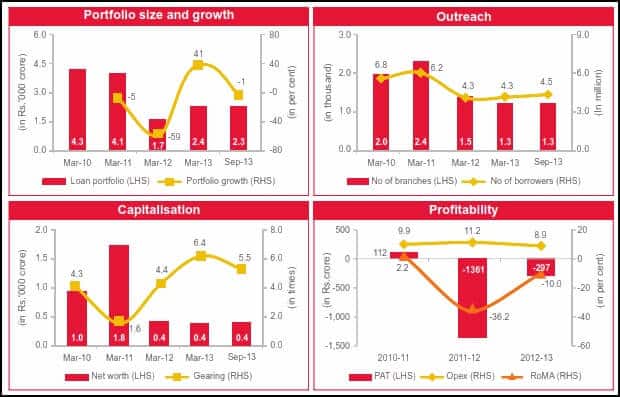