SKS Microfinance’s share price has dropped to a new 52 Week low of Rs 836.

SKS Microfinance’s share price has dropped by more than 6 % today in early morning trade on very low volumes. The reason for the fall in share price is not known as there is no negative news flow that could have caused such a drastic fall in the share price.

The stock has seen volumes of 280,052 shares being traded and has made a low of Rs 836. SKS Microfinance has been making lower tops and lower bottoms over the past few trading sessions and was definitely in a downtrend but this drastic drop has surprised many analysts. 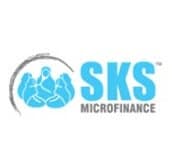 Some analysts are speculating that the negative views expressed about the sector by government officials at the Microfinance India Summit 2010 being held in Delhi from the 15th Nov could be responsible for the steep drop and hurt investor confidence in the sector.

In Andhra Pradesh, most MFI’s have stopped giving new loans and overall there has been a 25 percent drop in MFI collections across the state for the month of October 2010 – Deccan Chronicle reports.

MFI’s in Andhra Pradesh is expecting a huge increase in defaults as the state government ordinance requires MFI’s to move to a monthly collection cycle from a weekly collection cycle. Experts point out that low-income customers will be unable to save money over four weeks and could end up spending their savings instead of repaying their microloans. This could lead to MFI’s being saddled with huge defaults and bad loans.

Mr. Atul Takade of SKS Microfinance has stated to the media they are taking the help of the police in some places to gain entry and access to areas where they have previously been unable to venture after the breakout of the crisis in Andhra Pradesh.