Rashtriya Grameen Vikas Nidhi Society (RGVN Society) is a leading non-governmental organization, founded in April 1990. The society operating in the northeastern states of India commenced its microfinance operations in 1995. With significant growth in business during the latter part of the previous decade, the microfinance operations were transferred to an NBFC, RGVN (North-East) Microfinance Ltd (RGVN Microfinance) in October 2010.

Headquartered in Guwahati, RGVN Microfinance operates through a network of 107 branches spread across 31 districts in the five states of Assam, Nagaland, Meghalaya, Arunachal Pradesh and Sikkim. 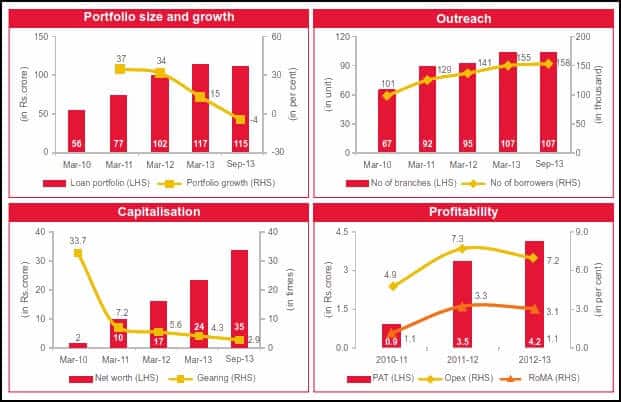