The Reserve Bank of India has yesterday cautioned members of the public about unauthorized companies that collect money from the public stating that they have been authorized by the Reserve Bank to do so. The Reserve Bank stated that it has published on its website (http://rbi.org.in/scripts/BS_NBFCList.aspx) a list of non-banking finance companies (NBFCs) which are permitted to accept deposits. No NBFC outside of this list can accept deposits from the public. Doing so is clearly fraudulent and has to be investigated by the law enforcement agencies in the normal course.

The Reserve Bank has also been advertising from time to time cautioning the public about this.

The Reserve Bank has further stated that all complaints relating to unauthorized acceptance of monies and running of money circulation schemes should be referred to the Economic Offences Wing of the concerned State Governments.

It was reported that some individuals/firms/unincorporated associations of individuals (unincorporated bodies)/ marketing companies and companies engaged in money circulation schemes have been collecting monies from the public by making tall promises of high returns, either through the issue of advertisements or by the sale of products. Some of them even claim that they have the Reserve Bank’s approval for their operations. Some of these entities have reportedly vanished without repaying the monies collected by them.

Money circulation schemes are banned under the Prize Chit and Money Circulation Schemes (Banning) Act 1978 and the respective State Governments have the power to take action against the persons involved in such schemes. 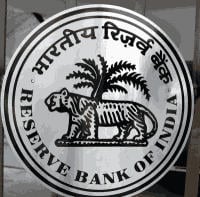