Buying his or her own land or property is a dream for nearly every individual. Most people spend a lifetime collecting money for their dream property. Then when the dream home becomes available, the buyer can snap it up with a good home loan. However, this means finding the perfect home in an area with nearly everything you need — such as schools, markets, restaurants and transportation hubs — located close by. Although India has several great cities that are ideal for investment, Gurgaon is topping the list in North India.

Gurgaon is one of the largest cities in Haryana and it is located within two hours of Delhi. The city was developed primarily as an IT and BPO business center, and it has managed to capture quite a few of the Fortune 500 companies in North India. In fact, by 2012, Gurgaon was officially called the Millennium City of the North, as development had increased by leaps and bounds. The city has the third-largest per capita income in India after Mumbai and Chandigarh and this makes it one of the richest cities in the north.

Apart from this, the city also houses a very large cosmopolitan population from all over India and abroad. Multinational companies such as DLF Limited, Siemens and General Electric have their outsourcing centers in the city, and foreign staff members frequently visit the city to teach local staff. To cater to the cosmopolitan population, construction has increased tremendously over the last two years and locals and foreigners can now find international-level plush condominiums, bungalows, flats and studio apartments in nearly every price range. The city also has a bustling nightlife, with more than 25 malls, theaters and auditoriums sprinkled all over the city. Due to the presence of major companies, business opportunities and jobs are aplenty and many families are moving into the city every year to take advantage of the better quality of life. 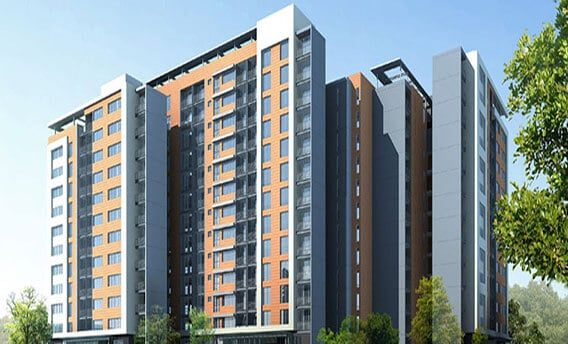 So Which Areas Are Good for Investment?

Gurgaon is home to some of the best real estate in India, but prices are also commensurate with the quality. A few of the most attractive areas to invest in are as follows:

Sohna is a town and municipality in the Gurgaon District of Haryana. The small town is a very popular tourist location, but in the last few years, it has also gained a very good reputation for hosting weekend conferences. The city is approximately three hours away from Gurgaon, but it has a permanent population of approximately 30,000 and it is undergoing rapid expansion to meet the demand of incoming families. Although the city itself is quite good, the main attraction for families is Sohna Road, which connects Sohna to Gurgaon. This road is a very wide, six-lane road that features several great amenities such as the GD Goenka World School and the KR Mangalam University. The Haryana Government has opened up the property on both sides of the road for residential and commercial projects, and group and town housing are in active planning stages around the road. Vacancies are aplenty and developers are throwing in price discounts, low maintenance rates and other perks to attract investors into the area, according to the Times of India.

Although there is not much information about this region, developers have already started purchasing land tracts around the west end of the NH8 highway. Gurgaon is located to the east of NH8. The highway is a part of the Delhi–Gurgaon Expressway and the NE1, and the land around the highway is slowly being converted to high-quality commercial and residential areas. Another benefit of the highway is that it connects to the Indira Gandhi National Airport, and soon it will connect to the Gurgaon–Faridabad Road, increasing accessibility and convenience.

This is probably the best area in Gurgaon as it is located very close to the DLF Golf Course. The area is a prime commercial area with office hubs, hotels and malls. The area also houses several great multi-story apartments, residential bungalows and other residential properties. Prices in the area are around the high end, as the area is one of the best locations in the city.

This area is one of the most sought after areas in Gurgaon, and it has great townships and apartments in several price ranges. However, finding a property in this area may be a little difficult, and you will require the help of a good real estate agent.

With large developers such as Mahindra Lifespace and Unitech snapping up land tracts in and around Gurgaon, there are several great properties available in several different price ranges and many more in the pipeline. Gurgaon will continue to show increasing property values and better sales as people continue to move into the area, according to Profit-New Dehli TV.