Once prior permission or a registration (popularly known as FCRA registration) is received by the NGO, it is required to receive and utilize these funds only under a designated bank account. An audited annual return of this bank account in a prescribed format-FC3- is required to be filed with the FCRA Department. In ordinary circumstances, this requirement appears to be a perfectly reasonable one, especially where the NGO concerned is a small size NGO working mainly from one location. However, the problem becomes a nightmare in the case of a large NGO, having multi-locational projects. Consider the following situation being faced by a number of NGOs today. Say, an NGO whose head-office is in Delhi is working on a drinking water project based in, the Terai region of UP. The NGO has a separate project office, with staff, including a project manager. 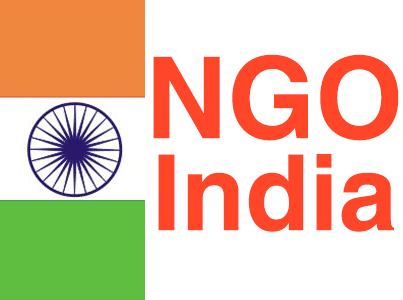 The project has to pay not only the salaries and day-to-day expenses of the employees, but also pay for the hand-pumps that it purchases.

As the project has an office, it has a number of establishment costs like rent, electricity, telephone, printing, and stationery, etc. obviously, it is not possible for the project to get all its regular payments made from its headquarters in Delhi. It needs to have a bank account locally from which all payments can be made.

This is the crux of the problem. Under the FCRA Act, the department does not allow the transfer of funds from the designated bank account to any other bank account. How are NGOs having offices in far-fetched locations supposed to operate? The problem becomes highly complicated in the case of large NGOs, having a large number of projects, say, more than 20 projects at different locations, which are getting foreign funding for such projects. How can these function without arrangements for local payments?

The strict observance of the Act would mean that large NGOs can hardly function, as it will not be possible for them to work far away from their office. Or they invest in large infrastructure to arrange for payments locally at very high costs. Or even take up the unorthodox manner of the transferring funds in the name of employees, who ultimately meet the Organization’s obligations. The issue is that the project staff whose main priority is to implement the programme activities, get more and more involved in the administrative function of arranging for payments. It is time to consider if the legislature really intended to retard the growth of large multi-dimensional and multi-locational NGOs, which are more professional and have built up a good record.

In the FCRA Act itself, nowhere is it written that an NGO cannot open a different bank account. In fact, the only place where maintaining a separate bank account is referred to is under Rules 8(1) and sub-rule (b) of the FCRA rules, which state that a separate bank account shall be maintained in respect of foreign contribution received. Based on this the department does not allow the opening of any other bank account. In the process, it has created innumerable easily avoidable problems for the NGOs without really adding much to its regulating process.