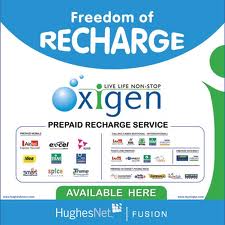 Oxigen, India’s first and largest payment solution provider has made a foray into the much needed Financial Inclusion sector with panache, by partnering with State Bank of India to deliver mainstream financial services to the unbanked millions of India.

The company has achieved a record of Rs. 500 Crores Banking Transactions in the first 10 months of operation. With a record-breaking monthly milestone of 100 Crores of Banking transactions alone in August 2011. This has made Oxigen the fastest-growing company in the Business Correspondent industry.

Oxigen has made new outlets to increase its footprint. It has currently covered 916 unbanked villages that have no rural bank branch presence to serve its population.

Oxigen’s banking services will multiply at a fast pace as it has plans to convert a large number of its existing retailer base of 1,00,000 into Banking outlets. Oxigen plans to add 1000 urban CSP outlets and another 2000 unbanked villages, by March 2012.

Another major highlight through the CSP Banking Kiosk channel of Oxigen was the launch of the first electronic disbursement of Old Age Pension in the Mannaparai block of Trichy district in Tamil Nadu. A service that was enabled by women CSP’s with the aim of Social Upliftment.

The Old Age Pension program entitles eligible senior citizens to Rs 1,000 of government welfare benefits on a monthly basis. These benefits have historically been delivered in cash and are prone to numerous challenges, like Pension not reaching the intended party, timeliness of Pension delivery, and completeness of pension amount. In order to prepare for the launch, 11 CSPs were identified of which the final 2 were activated within a span of 8 hours.

In the following 3 weeks, 3,300 Pension accounts were opened; ID cards were printed and delivered. This disbursement was remotely inaugurated by the Chief Minister of Tamil Nadu on September 2nd, 2011, and by the 17th of September, Oxigen had successfully delivered pension to over 95% of the pensioners, totaling Rs 32 lacs, electronically.

The key to Oxigen’s success in Electronic Benefit Transfer (EBT). Oxigen expects to leverage this success in many more states, not just for Old Age Pension, but all government benefits.