The Ministry of Housing & Urban Poverty Alleviation has envisaged launching a National Urban Livelihoods Mission (NULM). This will replace the existing SJSRY from the beginning of the 12th Five Year Plan.

NULM would be target-oriented with a specific focus on the primary issues pertaining to urban poverty such as skill up-gradation, entrepreneurship development and employment creation through wage employment and self-employment opportunities opened up by the emerging markets in urban areas. It will adopt a Mission approach.

According to the concept note, National Urban Livelihoods Mission will establish Service Centres or Aadhar Kendras, which will act as “one-stop-shop” for those seeking services from the informal sector as well as for the urban poor promoting their services and products or seeking information relating to employment and training.

Aadhar Kendras can also act as information, facilitation and counseling centres, where the poor can access information on market demand/placement opportunities and skills training programmes offered by reputed institutions, including IITs, NITs, industry associations, engineering colleges, management institutes, foundations and other reputed agencies run by the Government, private or voluntary organizations and industry associations to secure salaried employment with enhanced remuneration. For those seeking to establish and sustain self-employment ventures, the Aadhar Kendras can also facilitate necessary guidance and counseling support. They can also be used for imparting training on basic skills such as life skills, language skills and computer skills. Further, they can be used as demonstration/sale outlets for products manufactured by the self-employed urban poor. The beneficiaries registered with Aadhar Kendras for offering services to citizens will be issued Identity Cards by the Urban Local Body at the time of registration.

The number of Aadhar Kendras in a city will depend on demand. NULM envisages that one Aadhar Kendra is set up at zonal/city level to cater to a population of about 100,000 persons. To start with, Aadhar Kendras may be established in cities with a population more than 300,000 as per the 2011 Census. The central support for each centre would be limited to Rs. 5 lakhs subject to State/Urban Local Body making the building available. This amount can be used for rent (where the building is not available), furniture, basic training facilities and equipment like computers, product demonstration outlets, telephone and other operational expenses, including staffing support on a contract basis for 2 years. 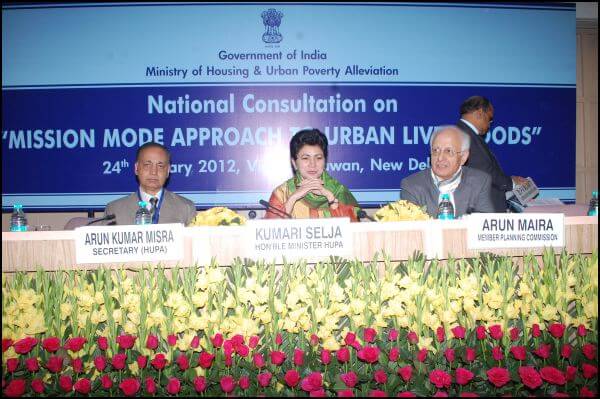 Launch of National Urban Livelihood Mission in Delhi in January 2012

The Aadhar Kendras will be run on PPP mode or through partnerships of federations of the poor with NGOs/CBOs/resource institutions. They may eventually operate on a revenue-generating and self-sustaining model. Urban Local Bodies may consider additional support to these centres from their own resources. Proposals for Aadhar Kendras will be approved by the State Urban Livelihoods Mission Management Unit.

Why Do People Hate NFTs? Full List of Reasons

NFTs started with a bang. They were all over the…

On most days staying stuck to your TVs, PCs, Laptops,…

One of the most adored and gifted performers in the…

Ranbir Kapoor has played a range of roles during his…

Why Do People Hate NFTs? Full List of Reasons

NFTs started with a bang. They were all over the internet and people were trading them…

On most days staying stuck to your TVs, PCs, Laptops, Mobiles, and other gadgets can get…

One of the most adored and gifted performers in the Hindi cinema business is Anushka Sharma.…