The 2009 MFI Benchmarks cover financial and performance data from more than 1,000 MFIs (microfinance institutions) throughout Asia, Africa, the Middle East, Eastern Europe, and Latin America for the calendar year 2009.

The benchmarking data set is available in 6 languages – English, Bahasa Indonesia, Chinese, Spanish, French, and Russian. Additionally, you can view each indicator in the benchmarks data set across a broad range of metrics that capture the distribution of performance levels: Median, 25th Percentile, 75th Percentile, Maximum, Mean, Minimum, and Standard Deviation. 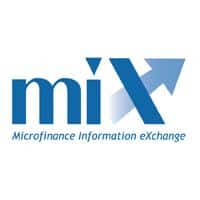 HIGHLIGHTS FROM THE 2009 MFI BENCHMARKS:

1. Global growth continued its slow down from nearly 25% in 2007 to 6% growth in borrowers in 2009, with the most dramatic drop in Eastern Europe and Central Asia, where the median MFI’s pool of borrowers actually contracted by 1.5%.

2. Rising portfolio risk contributed to this shift in growth, with the median portfolio at risk > 30 days increasing by one or more percentage points over 2008. Only the Middle East and North Africa region saw an improvement in portfolio quality after the sharp rise in delinquency in Morocco in 2008.