It is pertinent to note that the requirements relating to acceptance of deposits are already quite stringent under the 1956 Act and the Rules made thereunder. The 2013 Act further strengthens these provisions. A significant impact of the 2013 Act is that only those public companies which meet the prescribed net worth or turnover criteria may accept deposits from persons other than its members. Other companies can accept deposits only from its members.

The proposed provisions will enhance the protection of the deposit holders

Companies will have to incur additional costs due to requirements related to credit rating, maintenance of additional liquid funds, deposit insurance, etc. 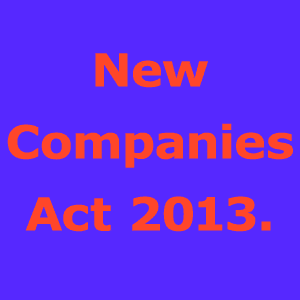 The 2013 Act states, that only those companies which meet such net worth or turnover criteria as may be prescribed will be eligible to accept deposits from individuals other than its members. Such companies will also be required to obtain the rating (including its net worth, liquidity and ability to pay its deposits on due date) from a recognized credit rating agency which ensures adequate safety [section 76(1) of the 2013 Act].
Companies that do not meet the net worth or turnover criteria will only be able to accept deposits from its members [section 73(2) of the 2013 Act].

All companies will be required to comply with the prescribed conditions which include the issuance of a circular to its members, obtaining credit rating, providing deposit insurance, maintaining deposit repayment reserve account, etc. [section 73(2) of the 2013 Act].

The 2013 Act states that deposits accepted before the 2013 Act comes into force will need to be repaid within one year from the commencement of the 2013 Act or when such payments are due, whichever is earlier [section 74(1) of the 2013 Act]. This is likely to create a significant financial impact on companies that have currently accepted deposits and will not meet the eligibility criteria under the 2013 Act.

Additionally, the 2013 Act also states that the deposit insurance as prescribed will also be required to be provided [section 73(2) of the 2013 Act].

The 2013 Act has introduced a new concept of registered valuers who are required for providing valuation reports mandated under various sections. These include the following:

1. Chapter XX of the 2013 Act consisting of sections 270 to 365, deals with the provisions of winding-up of companies. The 1956 Act prescribes three modes of winding-up. This includes the following:

a. By the court
b. Under the supervision of the court
c. Voluntary

As against the existing modes of winding-up as prescribed by the 1956 Act, the 2013 Act prescribes the following two modes:

a. By the Tribunal
b. Voluntary

a. In a situation when the company has acted against the interests of sovereignty and integrity of India, the security of the state, friendly relations with foreign states, public order, decency or morality.

b. The order has been made under Chapter XIX (Revival and Rehabilitation of Sick Companies).

c. An application has been made by the ROC or any other person authorized by the central government by a notification under the 2013 Act.

d. The tribunal is of the opinion that the affairs of the company have been conducted in a fraudulent manner or the company was formed for fraudulent and unlawful purposes or the persons concerned in the formation or management of its affairs have been found guilty of fraud, misfeasance or misconduct in connection therewith, and that it is proper that the company be wound up.

e. The company has made a default in filing with the ROC, its financial statements or annual returns for immediately preceding five consecutive financial years.

The 2013 Act deals extensively on the issue of fraud (section 447 of the 2013 Act) and has for the first time defined fraud specifically as:
“Fraud in relation to affairs of a company or any body corporate, includes any act, omission, concealment of any fact or abuse of position committed by any person or any other person with the connivance in any manner, with intent to deceive, to gain undue advantage from, or to injure the interests of, the company or its shareholders or its creditors or any other person, whether or not there is any wrongful gain or wrongful loss”

1. Further, the penalties as prescribed under this section are as follows:

a. Imprisonment for a term of not less than six months, but which may extend to 10 years.

c. Also, where the fraud in question involves public interest, the term of imprisonment shall not be less than three years.

2. The provisions of this section have a significant impact and there are various areas across the 2013 Act, which will lead a person to be liable under this section. Some of these areas are as follows:

a. Where a person furnishes any false or incorrect particulars of any information or suppresses any material information in relation to the incorporation of a company filed with the ROC [section 7(5) and (6) of the 2013 Act].

b. In case of the formation of the company with a charitable purpose, where it is proved that the affairs of the company were conducted fraudulently – every officer in default [section 8(11) of the 2013 Act].

c. Where a prospectus, issued, circulated or distributed includes any statement which is untrue or misleading in form or context in which it is included or where any inclusion or omission of any matter is likely to mislead, every person who authorizes the issue of such prospectus [section 34 of the 2013 Act]

e. Personation for acquisition, etc. of securities (section 38 of the 2013 Act).

f. Where any depository or depository participant, has transferred shares with an intention to defraud a person (section 46(6)
of the 2013 Act).

g. Failure to repay the deposit or a part thereof or any interest thereon, within the time limits as applicable, and where it is proved that such deposits were accepted with intent to defraud the depositors or for any fraudulent purpose (section 75 of the 2013 Act).

h. Where the Tribunal is satisfied that the auditor of a company has, whether directly or indirectly, acted in a fraudulent manner or abetted or colluded in any fraud by, or in relation to, the company or its directors or officers [section 140(5) of 2013
Act].

i. Where it is proved that the partner or partners of the audit firm has or have acted in a fraudulent manner or abetted or colluded in any fraud by, or in relation to or by, the company or its directors or officers [section 147(4) of the 2013 Act].

Acknowledging the concept of shareholder democracy, various provisions have been incorporated in the 2013 Act. These provisions can be broadly classified as under:

Class action suits: A class action is a legal form of lawsuit where a large group of individuals collectively bring a claim to court or in which a particular class of defendants is being sued. The concept of a collective lawsuit finds its roots in the US, where it is still widely prevalent. In several European countries, changes have been made recently in their civil law, to allow consumer organizations to bring claims on behalf of large groups of consumers.

Acknowledging the need to be at par with global standards, for class-action lawsuit, the 2013 Act has empowered shareholders associations or group of shareholders to take legal action in case of any fraudulent activity on the part of the company and to take part in investor protection activities and class action suits(section 245 of the 2013 Act).
Additionally, in response to the Standing Committee’s recommendation in its Twenty-First Report for ensuring the protection of interests of minority shareholders and small investors, the MCA suggested that during adjudication on class action suits, the Tribunal will ensure that the interests of shareholders are protected and wrongdoers, including auditors and audit firms, are required to compensate the victims on suitable orders by Tribunal.

Also, as stated in the 2013 Act, the central government will have the power to prescribe class or classes of companies which shall not be permitted to allow the use of proxies. The 2013 Act also to have provisions to provide that a person shall have proxies for such a number of members or such shares as may be prescribed.

The 2013 Act acknowledges the existing rights of small shareholders envisaged in section 252A of the 1956 Act under the following sections:

2. The board of directors of a company which consists of more than 1,000 shareholders, debenture-holders, deposit-holders and any other security holders at any time during a financial year shall constitute a stakeholders relationship committee consisting of a chairperson who shall be a non-executive director and such other members as may be decided by the board. Further, the section under sub-section six recognizes the concept of the stakeholder’s relationship committee which is required to consider and resolve the grievances of security holders of the company(section 178 of the 2013 Act).

3. Specific disclosure under the scheme of mergers or amalgamation regarding the effect of the merger on minority shareholders is to be provided.

4. Under various sections in the 2013 Act, for example, variation in terms of contract or object in the prospectus, the dissenting shareholders have been provided with an option to exit which acts as a protection of the interests of small shareholders.

The concept of class action suits, considering the best interests of the shareholders, is a welcome provision. However, the fact that there are always possibilities of misuse cannot be ignored

Additionally, it is important to note that India, being a developing economy, may find it difficult to appreciate the concept of ‘class-action suits’ and implement it successfully.