August 18, 2020
Reading time: 3 minutes
Written By Sushma Singh
Sushma is a full-time blogger and financial expert. Join Sushma and 10,000 monthly readers here to learn how to save and invest your money wisely. 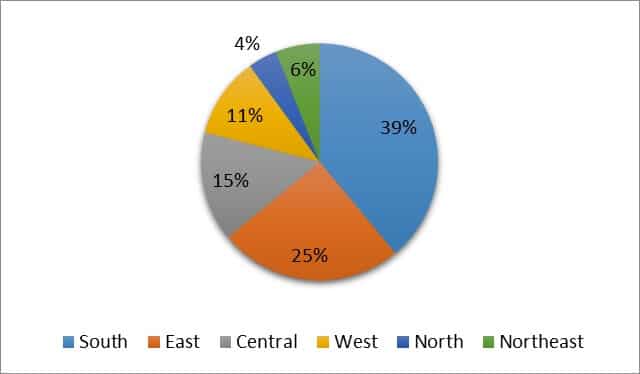 According to Sa-Dhan’s “Bharat Microfinance Report – 2015”, MFIs (microfinance institutions) total loan portfolio stood at over Rs. 48,882 crores. The net loan portfolio or owned portfolio on the books of the MFIs stood at over Rs. 39,028 crore, which is an increase of 33% over the last year. The share of NBFC-MFIs stood at 88%, followed by Societies and Trusts at 9%. Nearly 85% of the portfolio is held by MFIs with a portfolio size above Rs. 500 crores. The top 10 MFIs contribute Rs 34, 298 cr. which is 70% of the total sector. The sector witnessed the growth of average loan per borrower to Rs. 13,162 from the previous year’s Rs. 10,079.

Of the total 250 million households of the country, credit from microfinance sector, through MFI and SHG routes, reaches nearly 100 million households. This is no mean achievement for these non-mainstream financial institutions. For MFIs, the year has seen a 33 % growth in loan portfolio with the urban portion outstripping rural for the first time.This shows that MFIs are catering to migrants, slumdwellers and unorganised sector in cities and towns. Proportion of SC/ST and Minority clientele increased from 33 % last year to 46 % this year which shows that for the marginalised and vulnerable, MFIs are the first touch point for credit. Growth rates for Northeastern region are higher indicating MFIs expanding in remoter and difficult terrains

“MFI industry has reached an inflection point. With small finance banks and payment banks coming into existence, the microfinance industry will witness a sea-change.” He also added that while this is the best of times for the industry, the players should also tread with caution as these are rapidly changing times. “Yet, the sector should continue to mainstreaming the marginalised into financial inclusion.”

The total number of clients served by MFIs stood at 371 lakh as on 31 March 2015. Client outreach of MFIs had grown substantially from 2005 to 2011 reaching 317 million. This trend slowed down during 2012 and 2013 and the number of clients slumped to 275 lakh. The trend reversed in 2014 with growth and reached a level of 330 lakhs. This trend continues in 2015 with an astounding rise in clients/ borrowers to an all-time high of 371 lakh. The majority of these clients are being served by NBFC-MFIs (85.18%), primarily the larger ones. MFIs with an outstanding portfolio above Rs. 500 crores are responsible for reaching out to 82.21% of the clients in the industry. The below chart shows Outreach to Borrowers: Yearly Trend and Category – wise Breakup for 2015:

Out of the total client base of 371 lakh, South alone contributes to 39% followed by 25% in the East. Central region and West have 15% and 11% of total outreach respectively. North-East and North have the least client outreach numbers with 6% and 4% respectively. Share in outreach has expanded only in the case of Central and North-East regions from 13 to 15 % and 5 to 6 % respectively.

According to the Bharat Microfinance Report – 2015, 2014-15 can describe as watershed year as far as the rural-urban divide in Indian microfinance is concerned. A very interesting trend is seen in the rural-urban focus of MFIs. The share of rural clientele which was 69 % in 2012 decreased to 56 % in 2014 and has drastically come down to 33 %. The proportion of rural to urban clients for the year 2014-15 is 33% to 67%. For the first time, the urban clientele has outstripped the rural clientele of MFIs.

Elaborating on the role of the National Financial Inclusion Conference, HR Khan, Dy. Governor – RBI emphasized the relevance of the theme of the conference, “reaching the unbanked through the digital revolution” for the future growth of the sector. The microfinance and financial inclusion movement in India is at an inflection point, with significant developments and churning in the recent past, at the same time there is uncertainty on the future course of these developments.