Microfinance – 10 Lessons from the International Experience

August 8, 2020
Reading time: 5 minutes
Written By ADITYA
Experienced Entrepreneur with a demonstrated history of working in the internet industry.

Given below are 10 major lessons learned from the worldwide experience with mF which summarises an experience of roughly 30 years. Though country-wise experience may vary, the lessons provide a sound basis for understanding the role limitations of mF.

Lesson One –The Poor Are Bankable

There is enough evidence that the poor are capable of using credit profitably and repaying loans out of the proceeds from the use of funds. The poor have always borrowed money for a multiplying of purposes from informal sources and repaid most of these loans. They do not comprise an extraordinarily high-risk segment. Lending to the poor does not necessarily have a high moral hazard, provided such credit is not given by an organization perceived to be either a government or donor agency, which could afford to give them the finances as a gift.

A participatory involvement and realization that repayment enhances their long-term borrowing capacity ensure the proper attitude onwards repayment. At the same time, mFIs should have effective methods for monitoring the loans and ensuring repayment at convenient times.

There is clear evidence that mF benefits the poor by providing them savings opportunities and credit. Borrowers often increase their incomes and improve their livelihood because of micro-credit. The employment impact is, however more limited. mF leads to changes in the use of technology only of the less poor as the adoption of new technology is risky and the poorer borrowers are more risk-averse. The poor also benefit from mF a sense of involvement and dignity. Where wide gender disparities abound, mF catering to women raises their sense of participation and increases their empowerment. There is however little evidence that mF succeeds in transforming a community from poverty to prosperity. 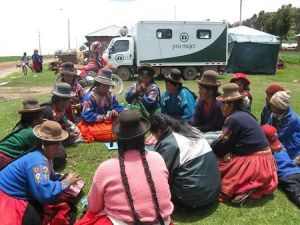 While some mFIs have penetrated the poorest of the poor, most mFIs have concentrated their focus on the less poor. This is partly due to the difficulties of administering loans, the needs of the poorest being mainly for consumption possibly perceived as a higher risk. The poorest of the poor would require greater support in the form of advisory services, skill development and marketing support to make effective use of credit. These support services require to be provided by either other organizations or the capacity of mFIs has to be strengthened to provide such services.

Micro-credit should not be disbursed at below commercial rates of interest. This statement may find a mixed response among micro-finance practitioners in India. The disadvantages of cheap credit have been amply demonstrated. Yet the case against subsides can defeat the objectives of mF. While in the long run, the interest charged by mFIs should cover their total costs, there appears to be a good case for subsidizing the cost of risk, as otherwise, the interest cost could be prohibitive.

In the initial years of an mFI’s operations, the administration costs could be high owing to the scale of operations and due to ‘learning by doing’. Since the enhancement of repayment of loans is also closely related to knowledge of borrowers, development of peer pressure and group responsibilities, these take time. Therefore while sustainability can be achieved only with interest cost meeting the total costs of lending, this is an objective that can be achieved only after a gestation period. During this gestation period, mFIs should charge the cost of financial funds plus a margin it deems sufficient to cover part of the other costs. This rate of interest would be higher than commercial bank lending rates, but much lower than interest rates of informal lenders. The additional administration costs would require to be subsidized.

There is indisputable evidence that mFIs which mobilize savings to enhance their sustainability. Micro-finance should be viewed as having two complementary components, micro-credit and savings. There is a close correlation between the success in savings mobilization of mF organizations and heir overall success. Apart from the advantages of enhancing is fund base, a clientele that has a stake in the mFI is more accountable, and savings could form an important foundation for participatory involvement in the mFI. Saving mobilization strengthens the asset base of the mFI, provides a basis for asset-based lending, reduces risk, enhances financial viability and can even provide opportunities for supplementary earnings from investments outside.

When the scale of operations of the mFI expands there is a need to ensure good governance as large sums of money are involved. This is especially important when mFIs mobilize deposits. The issues of governance that require to be addressed include greater transparency in their activities and finances, the determination of the lines of responsibility and accountability and control of mFIs. These issues remain largely unresolved at present owing to the difficulties of transforming small-scale informal visionary movements into larger institutionalized ventures. The main issues revolve around the composition of the boards of management, accounting systems and regulatory conformity.

Many mFIs have weak accounting systems. Consequently, they are sometimes unaware of their own financial situation. This has resulted in mFIs not realizing their financial weaknesses. Good accounting practices, especially performance accounting, are essential to ensure accountability and continuous evaluation of performance. 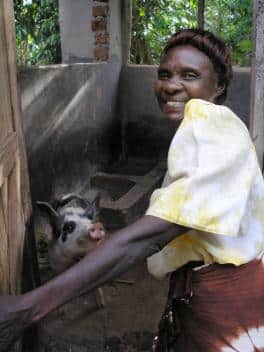 With an expansion in the number of mFIs and many of then accepting savings, it is generally argued that mFIs should be subjects to a regulatory framework in the interest of both the poor, as also the long-term viability and sustainability of mFIs. Given the situation described above, compliance with such a regulatory framework could be difficult and developing the capacity for reporting to the regulator costly. A cost-effective or subsidized reporting/regulatory mechanism may be necessary. While most analysts are of the view that a proper regulatory framework is a prerequisite for the expansion of mF, this is a tricky issue as the informal character of mFIs could be jeopardized, and voluntary and visionary efforts could be discouraged.

The vast differences in mFIs make it very clear that there is no single model of successful mfIs. Each mFI would require to be oriented to the needs of the particular community and find ways and means of enlisting participatory involvement, develop group actions and collective responsibilities, find innovative means of reducing administration and transaction costs and increase outreach. The extent of participatory decision-making has to be decided on the basis of whether collective decision-making is a realistic option. While participatory involvement is generally desired, many of the successful mFIs have adopted a ‘top-down’ approach. Therefore, each mFI would require to be designed according to o be context and environment it operates in and be willing to respond to changes in the light of its own experience.

While financial viability should be the objective of mFIs, the experience indicates that most mFIs would require outside finances for commencement and a gestation period. Such assistance should be in the form of seed capital, funds for expanding activities and to defray administrative expenditure. Another expenditure is likely to be so high in the beginning that a relatively high-interest rate above the average of market-rate but below he informal moneylender rates is not likely to cover costs. Therefore, substantial outside assistance would be needed to enlarge the number of mFIs and their outreach. Yet, the ultimate and only sustainable strategy is one where mFIs are solidly grounded in local resources.

Micro-credit attempts to address a genuine need of credit for the poor for consumption needs, working capital and sometimes-fixed capital of small enterprises. Yet these only facilitate small entrepreneurs. Those without a capacity to use such funds profitably would not benefit. Both the expansion and effectiveness of micro-credit requires a number of other pre-requisites. These include a macroeconomic policy framework conducive to mE, improvements in physical and economic infrastructure, the opportunity for education and skill development, and marketing opportunities for products of mEs.