Two of our regular readers and top contributors have written an article in response to the SHG-Bank Linkage Model – Why it is better?

MFI Model – Why it is better?

We have observed that the following problems are faced by members of women’s SHG’s :

After overcoming these obstacles they face some more problems in the operation of their bank accounts. The savings of the SHG’s are required to be revolved among SHG members. For this purpose only they are required to collect their savings and deposit it in the bank.

This money should be allowed to be withdrawn from the bank on the same day itself. But the banking officials are not encouraging this type of activity and this is a source of irritation to the members as they have to come on another day to withdraw the deposited amount. So SHG members end up spending more and more time on this and end up losing their daily wages. Most of the members end up skipping their meals in the afternoon because of the delays at the bank. 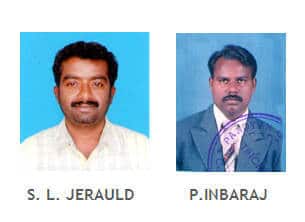 Also, loans are not easily available for the SHG members. Bankers  take a minimum 8 months to one year time to disburse the first loan

Loan sanctioning procedures are quite complicated. The Bank officials take their own sweet time for sanctioning loans. There is no demand list provided for them by the bank. Some banks are also not providing any separate loan passbooks. As a result of this, there is a lot of confusion and problems arising within the SHG Members. The bank officials also do not give any proper instructions about the revolving fund loans.

Without educating them about insurance, the SHG members are forced by the bankers to take Insurance policies about which they understand nothing. The sanction of the First loan by the bank is a very meager amount. And that amount is used up by the SHG member for consumption purposes and not for any Income Generation Activity. After the successful completion of the first loan, they take even more time to sanction the second loan.

Because of the above-mentioned problems faced by SHG members,  they are nowadays approaching MFIs for loans. Private MFIs on the other hand enjoy a very good rapport with the SHG members, they have a much quicker disbursement schedule.

They grade the SHGs by visiting the member’s local area and disburse the loan amount with repayment schedules at the doorstep. These MFI’s monitor their income generation activity and collect the repayment in the village itself. They also provide diversified loan products like educational loans during the reopening of schools in the June/July period, festival loans during the festivals, and other loans based on the needs of the SHG members. This facility is not provided by the SHG Bank Linkage system.

So people are very satisfied with private MFI services.

The craze of Bollywood stars may come and go but…