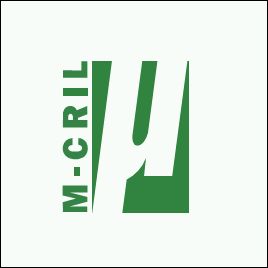 M‐CRIL is the world leader in the rating of microfinance institutions (MFIs).  By December 2010, M‐CRIL had undertaken around 700 financial and social ratings and assessments of around 400 institutions covering 32 countries of Asia, Africa, and Europe.

M‐CRIL was the pioneer in the rating of MFIs in India; it has been engaged with Indian MFIs since 1998 when the Indian microfinance sector was in its infancy.  As a result, M‐CRIL has rated practically every Indian MFI of a significant size several times over the past few years. Resulting from this, M‐CRIL’s knowledge of  Indian microfinance is unparalleled by any research or assessment agency.

Using this knowledge, M‐CRIL has been publishing a periodic review of Indian microfinance regularly since  2001. The most recent review, M‐CRIL  Microfinance Review 2010 was published in  November 2010 and contains a comprehensive overview of the operational and financial performance of Indian MFIs in recent years.  It undertakes both an analysis of Indian MFI performance over time and a comparison with microfinance in countries such as Bangladesh as well as with benchmarks for South Asia, all of Asia and the global industry.

M‐CRIL Managing Director, Sanjay Sinha, has been a leading commentator at conferences and in newspaper columns (mainly The Economic Times and recently in a letter published in The  Economist)  on performance and trends in  Indian microfinance.  Most notably,  in numerous conferences and recent writings, over the past couple of years, he has warned of the dangers for the future of the industry resulting from uncontrolled growth shifting the focus from clients to an ethos of promoter hubris and self‐enrichment.  Not surprisingly, in recent weeks commercial banks have returned to recommending M‐CRIL as their preferred rater for the rigor of its analysis and its more prudential standards than others.

Submission to the Committee in relation to its Terms of Reference

1. Review the definition of Microfinance and Microfinance Institutions for the purpose of regulation of non‐banking finance companies (NBFCs) undertaking microfinance by the Reserve Bank of India and make the appropriate recommendation

As suggested by MFIN (below):

•     Distribution of financial products such as micro‐insurance, micro‐pensions, SIPs of mutual  funds, and  so  on  according  to  definitions  established  by  those  separate regulatory authorities

2. Examine  the  prevalent  practices  of  MFIs  in  regard  to  interest  rates,  lending  and recovery practices to identify trends that impinge on borrowers’ interests

(i)  MFIs have failed to serve fully the interests of most microfinance borrowers since they have limited their loan sizes to a level that is no more than 12.5% of India’s GNI per capita (average outstanding loan <Rs8,000 at the end of March 2010).  This compares with the average microfinance loan outstanding of Rs3,700 in March 2002, amounting to 18% of GNI per capita at that time. This means that Indian microfinance provides a  financial facility in 2010 that is one‐third less useful than that provided in 2002.

While limiting the loan size reduces risk to a  given  MFI  from an individual borrower, by failing to meet the borrower’s needs it pushes her into the arms of other MFIs at the same time, thus promoting a culture of multiple borrowing (and multiple lending by MFIs).   It is this multiple borrowing that can lead to borrowers’ over‐indebtedness.

When combined with a  culture of zero tolerance of  delinquency1 (and no restructuring) prevailing in most MF NBFCs, borrower over‐indebtedness leads to MFI  loan officers engaging in overbearing  (though not necessarily coercive) behavior at the interface with borrowers. The fact that  MF  borrowers are predominantly women and loan officers are mostly men, overbearing behavior is sufficient to create the perception of coercion in the micro-financial system.

Part of the solution to this problem is for microfinance to operate in a less frenetic environment in which steady growth is pursued in preference to hectic expansion.   This would enable MFIs to train their staff better to understand their customers better, create relationships with clients, and undertake more informed appraisals of their credit absorption capacity and broader financial needs. Naturally, loan disbursements of the order of Rs40,000 need better appraisals than loan disbursements of Rs12‐15,000.  Larger loans would not only be better at meeting the needs of most borrowers, but the greater time spent in establishing relationships with borrowers would also help to alter the culture of money retailing rather than relationship building that currently prevails in the industry.