After the parliamentary left parties like the CPI(Marxist) and CPI initiated the political agitation against MFI’s in Andhra Pradesh and the centre-right Telugu Desam Party dragged it along, it is now the turn of it’s smaller but more virulent siblings like the CPI(Maoist) to jump onto the mess that has now been labelled as the Andhra Pradesh Microfinance Crisis.

In a report filed by a regional news channel TV5 News yesterday, the reporter claims that two field staff of a microfinance company have been abducted by Maoists in Malguru mandala of Khamman district and their whereabouts are currently not known. The staff was abducted when they were travelling on their two-wheeler for their daily rounds.

Khamman district of Andhra Pradesh has been a hotbed of Maoist activities since the 1970s and many senior Maoist leaders originate from this district. 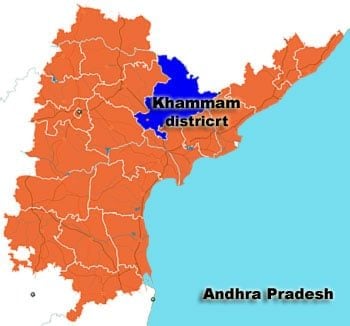 The CPI(Maoist) runs a parallel judicial system called Jan Adalats in their areas of influence which according to the Central Government extends to 195 districts spread across 12 states in India. On previous occasions, Maoists have abducted public officials, police informers and petty criminals and tried them in these Kangaroo courts called Jan Adalats (People’s courts) where the quantum of punishment awarded ranges from monetary fines to public execution.

The latest abduction by the CPI(Maoist) will cause a further loss in confidence among field staff who have been on the back foot for the last few weeks.