The Legal formats of MFIs that are provided by Indian law can be classified by the profit motive:

The following legislations regulate the functioning of MFI’s in India 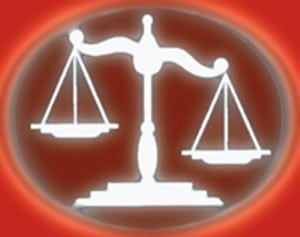 The Reserve Bank of India Act 1934 establishes the central bank (Banking Regulatory Authority of India). It is of interest to the question of the regulation of micro-finance in that under a 1977 Amendment it contains provisions for the establishment and operations of non-bank finance companies (Chapter 3-B, Sections 45-I). The non-banking institutions can be a company, a corporation, or a cooperative society. A non-bank financial company (NBFC) is a non-banking institution company and takes deposits. NBFCs are registered under this Act (Second Schedule).

The Banking Regulation Act 1949 covers “banking companies”. It does not apply to primary agriculture credit societies, cooperative land mortgage banks and any other cooperative society. It is not directly relevant to micro-finance, other than the fact that it coves local area banks and commercial banks, which are involved in linkage operations. The Banking Regulation Act provides the basis for the licensing of local area banks and mutual benefit societies.

The companies Act 1952 provides the basis for the incorporation of Local Area Banks, Non-Bank Finance Companies, non-for-profit “Section 25 Companies” and Nidhis under Section 620.

The term “cooperative” covers a range of institutions, both formal (state-owned cooperatives banks) and semi-formal (cooperative societies), which are regulated and/or unregulated.

Enterprises registered under the Societies registration or Indian Trusts Acts are semi-formal institutions engaged in micro-finance. The Acts do not provide a basis for any of regulation so far. There is a tax problem in that societies and trusts cannot engage in for-profit activities, including financial services.

Co-operative Societies Act of 1904 covers cooperative, SEWA Bank is registered as a co-operative society, under this act but is regulated by the RBI from which it obtained a banking license.

Best Electric Cars in India under 5 lakhs: Price and Mileage

He was once a little green slab of clay. Gumby! You should see what Gumby can do today. Gumby! He can walk into any book, with his pony pal Pokey, too. If you’ve got a heart then Gumby’s a part of you. read more…