Water scenario is now fast changing as a result of increasing population, rising demand for irrigation in India to raise high-yielding varieties of crops, rapid urbanization and industrialization, electricity generation, the impact of global warming, and erratic rainfall. Water for Life Decade [2005-15] and the annual World Water Day is held on March 22 every year has significance to create awareness among all stakeholders that water is finite, scarce, costly and precious and, therefore, should be efficiently managed for country’s sustainable development. This paper highlights some serious issues of irrigation in India, viz. incomplete projects, cost-time overruns, under-utilization, among others, and suggests strategic actions and measures for efficient management of water resources. 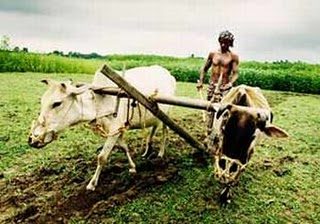 India has a population as much as 15% of the world’s population but has only about 4% of the world’s freshwater resources. Much of these are unevenly distributed. The average annual rainfall in the country is about 1,170 mm, which corresponds to annual precipitation [including snowfall] of 4,000 billion cubic meters [BCM]. Nearly 75% of this [3000bcm] occurs during the monsoon season, confined generally to 3-4 months [June to September] a year. According to the Planning Commission, India has so far created a total of about 225 billion cubic meters [BCM] of surface storage capacity. However, per capita storage capacity in India at 190 cubic meters is very less compared to the USA [5,961], Australia [4,717], Brazil [3,388], and China [2,486]. This necessitates the creation of large storage facilities for maximum utilization of the run-off.

Water availability: Though the average water availability in India remains more or less fixed according to the natural hydraulic cycle, per capita availability is reducing progressively owing to the increasing population. In 1991, the average figure was around 2,200 cubic meters [cm], which has fallen to about 1829 cm. It may further go down to about 1340 cm and 1140 cm a year by 2025 and 2050 respectively.  The situation in some of the river basins is worrisome.  According to international agencies any region with per capita water availability of less than 1700 cm is considered ‘water-stressed’ and those with less than 1000 cm ‘water scarcity’. Already six river basins of the country fall in the ‘water-scarce’ category, and five more basins are likely to be ‘water-scarce’ during 2025-50. only 3-4 basins will be ‘water sufficient’. Water availability both in quantity and quality has been on the decline over the past 3-4 decades because of gross mismanagement of the available water resources and environmental degradation. Our Prime Minister, Dr. Manmohan Singh on August 18, 2009, on the opening day of the conference of Environment Ministers, said, ‘Climate change is threatening our ecosystems; water scarcity is becoming a way of life and pollution is a growing threat to our health and habitat’. He further expressed his concern that’ rivers all over India are still being degraded’. Not only per capita availability of water in the country is already low but also there is enormous wastage, growing pollution, and contamination of surface as well as groundwater.

Water for Irrigation: In the year 1947, the effects of the partition of the country and the drought caused a massive deficit in food supplies. Acknowledging irrigation as an important infrastructure for developing agriculture the country emphasized and prioritized the development of water resources programs. From the First, Plan Government has invested about Rs. two lakh crore for creating irrigation facilities. The Union Government initiated the Accelerated Irrigation BenefitProgram (AIBP) in 1996-7 for extending assistance for the completion of incomplete irrigation schemes. Under the AIBP, Rs.55,416 crore of central loan assistance /grant has been released up to 31 December 2012. An irrigation potential of 76,22,500 hectares is reported to have been created by States, from major / medium /minor irrigation projects under the AIBP till March 2011. Total irrigation potential so far created is around 108.2 million hectares by March 2010. The net irrigated area increased from 2085 million hectares in 1950-51 to 58.54 million hectares in 2004-05 whereas gross area under irrigation increased from 22.56 million hectares to 79.51 million hectares during the period. The gross irrigated area increased from 34% of the gross cropped area in 1990-91 to 45.3% in 2008-09.

Other measures: Other important measures need to include

Over the years, there has been a manifested lack of attention to water legislation, water conservation, water use efficiency, water harvesting, and recycling and infrastructure. The current scenario exhibiting a number of incomplete projects accompanied by low utilization of irrigation potential already created shows that return on capital invested in creating irrigation facilities is inordinately delayed or almost lost. All incomplete projects need to be completed by the end of the 12th plan period by drawing a suitable road map and over-exploitation of groundwater must be regulated strictly indicating specifically the role, responsibility, and accountability of officials, department, and ministry concerned.

It is time that India in her concern for the environment, ecology, social/human, and rights relating to water shifts the subject of water to the concurrent list of the Constitution and frames policy that aims at transforming the country into a Sujalam [richly watered], Suphalam [richly fruited] and Sasya Shyamalam [richly harvested].