Madura Microfinance Ltd (MMFL) has been a pioneer in the Indian microfinance sector and is one of the few MFI’s operating in the country which charged less than 20 % interest on their microloans. (1)

Madura was started in 1995 by Dr. K.M. Thiagarajan the then Chairman and CEO of the erstwhile Bank of Madura, who after experimenting with a new model of Self-Help Group (SHG) training and lending decided to create a sustainable profit-based model of rural lending. 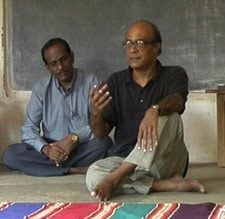 As part of this effort, 95 rural branches of Madura bank were developed and equipped for this operation and this transformed the banks, rural banking division. By the year 2000, Bank of Madura had developed 1500 SHG’s, the largest SHG project ever undertaken directly by a commercial bank in India.

In 2000, the Bank of Madura was merged with ICICI Bank and the SHG lending operations were rapidly scaled up by more than 5 times. During this time Dr. K.M. Thiagarajan retired from banking and went on to found the Microcredit Foundation of India, a not-for-profit section 25 company. In 2003, the Microcredit Foundation of India (MCFI) took over the management of these SHG’s in Tamil Nadu in a partnership model with ICICI Bank.

However, as a not-for-profit company, MCFI had limitations in its ability to grow and establish scalable mechanisms for lending. Thus Madura Micro Finance Ltd (MMFL) was established as a non-banking finance company (NBFC) in 2005 and received its license from the RBI in early 2006.

After Dr. K.M. Thiagarajan passed away in 2007, Dr. Tara Thiagarajan stepped in to manage the company affairs and it currently has 400,000 active members and an outstanding loan book of Rs 200 Crore.

India Microfinance recently caught up with Dr. Tara Thiagarajan to discuss some new initiatives launched by MMFL and the road ahead for the microfinance sector in India. 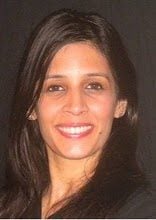 India Microfinance: Dr. Tara Thiagarajan, thank you for joining us for this interview. Early this year MMFL launched Madura Thiruvizha (Madura Carnival) in the rural areas of Tamil Nadu. What is it about and how has it been received.

Dr. Tara Thiagarajan: Yes we launched the mobile campaign in February 2011 and it has received an enthusiastic response from our members. It involves connecting rural SHG members with mobile services that will ultimately allow local advertising and market linkages. We are providing members with interest-free loans for mobile phones, a SIM with special benefits and voice-based services to enhance their business opportunities.

A few months after the launch we had to pause the program for some weeks because the Tamil Nadu state assembly elections were announced, but now it has resumed and we intend to continue it throughout this year. This initiative has been conducted in partnership with Nokia and Vodafone and you can read more about it on our website.

Last year we also produced a feature film on Microfinance titled Shakti Pirakkudhu and it is now being used in our training programs and also as an introduction film in our newly launched mini-MBA program.

IM: What is the Mini – MBA all about?

Tara: The mini MBA is a course consisting of 18 modules and is held over 15 days. The course has been prepared by Madhu Viswanathan, a professor of business administration at the University of Illinois and is completely digital. It does not require a live teacher, only an operator for the TV and DVD player.

Many of the rural businesses in India are not profitable because these rural entrepreneurs are not market savvy and they build products based on their skill sets rather than on market demands. We need to change this mindset and make them more sensitive to market needs.  We hope to do this with our mini-MBA.

The mini-MBA will train rural folks in the fundamentals of business and marketing. Our students range from grocers, flower sellers, sweet shop owners to milk sellers who will take voice-based exams on the mobile phone at the end of the course.

The program is currently in the pilot stage and we are testing it among 100 of our members. Later on, in the year we plan to introduce it in about 200 of our centers.

IM: Any comments on the AP Microfinance Crisis?

Tara: It is a complex situation in AP. The crisis is partly caused by the actions of the microfinance industry and their negative practices and partly by vested political interests.  But the response to the negative practices of MFI’s has been wildly disproportionate and hyper in nature.

While in the short/medium term the effects are negative for the industry, in the long term it will be positive because it has led to a lot of cleaning up of bad practices and clear directives have emerged on what MFI’s should and should not be doing.

IM: Immediately after the AP Crisis did banks freeze their credit lines to your company?

Tara: The Andhra crisis hit in October of last year. However, we continued to have healthy credit lines until March of 2011 as we are and have always been completely compliant with the Malegam recommendations.  In the last two quarters, however, we have experienced a slowdown in funds flow due to regulatory uncertainty.

Some of the pressure has eased following the announcement of the draft microfinance bill in July. However, the last hurdle is the passing of the microfinance bill in parliament. Once this is done, the regulatory uncertainty will be relieved and Banks will have complete clarity and comfort, and I believe credit lines will return to healthy levels.

IM: Are you planning to raise capital in the near future from PE Investors / primary market and do you have any IPO plans?

Tara: Yes we are looking to raise more funds within the next year and are considering multiple options including equity and NCDs. An IPO is not in the plans at this point in time.

IM: MMFL has one of the lowest interest rates (18-21%) in India right from inception. How has it been able to do this?

Tara: Madura has always had one of the lowest interest rates in the Indian microfinance sector (18-21%) long before the directives issued by RBI came into force.

We have been able to do this primarily because of two reasons:

IM: Any comments on the latest Microfinance Draft Bill released by the RBI?

Tara: The general spirit of the bill is positive. It is not too rigid, there need to be some changes and the bill needs to evolve and the regulators need to keep evaluating it. The bill places some restrictions on MFI’s, this needs to be evaluated and their impact considered in discussion with stakeholders before a final decision is taken. Madura has been fully compliant with most of the provisions of the bill.

IM: What are MMFL’s future plans?

Tara:  We are currently focused on developing intelligence about our customer base and identifying their risk profiles. As most of these entrepreneurs operate in the cash economy we need to identify and encourage only those who are successful. So essentially we are trying to find out what makes a successful rural entrepreneur.

We have observed that only 20-25 % of microfinance clients employ their loans for businesses while for the rest it is for consumption activities. We need to change this and to do this we need to assess and train rural entrepreneurs.

We are also working on some Mobile-based Value Added Services (VAS) which we intend to launch soon.

IM: You are also a trained Neuroscientist and you work on it in your free time. How is your neuroscience work evolving?

Tara: Yes, I have been working for some time now at the National Center for Biological Sciences in Bangalore. Our research is mainly focused on how changes in electrical patterns in the brain determine and influence behavior. We have found some interesting patterns of how electrical activity travels in the brain that has parallels to how ideas spread in society.

IM: As a leader and a veteran in the microfinance sector, any advice to newcomers and individuals working in companies targeting the BOP segment?

Tara: I think there are two common mistakes people make when they target this sector that they need to pay close attention to. One is a tendency to define the poor simply by their poverty and assume that this is a homogeneous segment. It is not. This segment is the majority of the country and has a great deal of diversity along many dimensions that relate to their culture and humanity rather than wallet size.

The second mistake is to grossly overestimate the mobility and connectivity of these groups, particularly in rural areas. This leads to strategies that don’t work for the last mile. A survey we have done will give you some insight into this – the results are posted under the title ‘What do you know about village life?’ at physicsofpoverty.com

(1) Due to the crisis in the sector, the banks have raised rates and we have been forced to increase our rates to above 21%