In this article, we will discuss some of the impacts of the new tax regime GST (Goods and Services Tax) on the common man. The primary impact to be felt by the common man would be the change in prices of goods and services.

France was the earliest country to initiate Goods and Services Tax or GST. At present, around 160 countries have imposed GST/VAT in some form or another. Some countries have VAT as the substitution of GST. Still, concept-wise, it is a destination-based tax imposed on the consumption of goods & services.

Some Facts Related to GST

Impact Of GST On The Common Man

However, it is conclusively the common man who is directly or indirectly influenced by the imposition of GST.  As when a new reform or bill is implemented, it impacts most on the common man. Prior to moving to the discussion of the impact of GST, let’s dig a bit into the concept of the Goods & Services Tax. 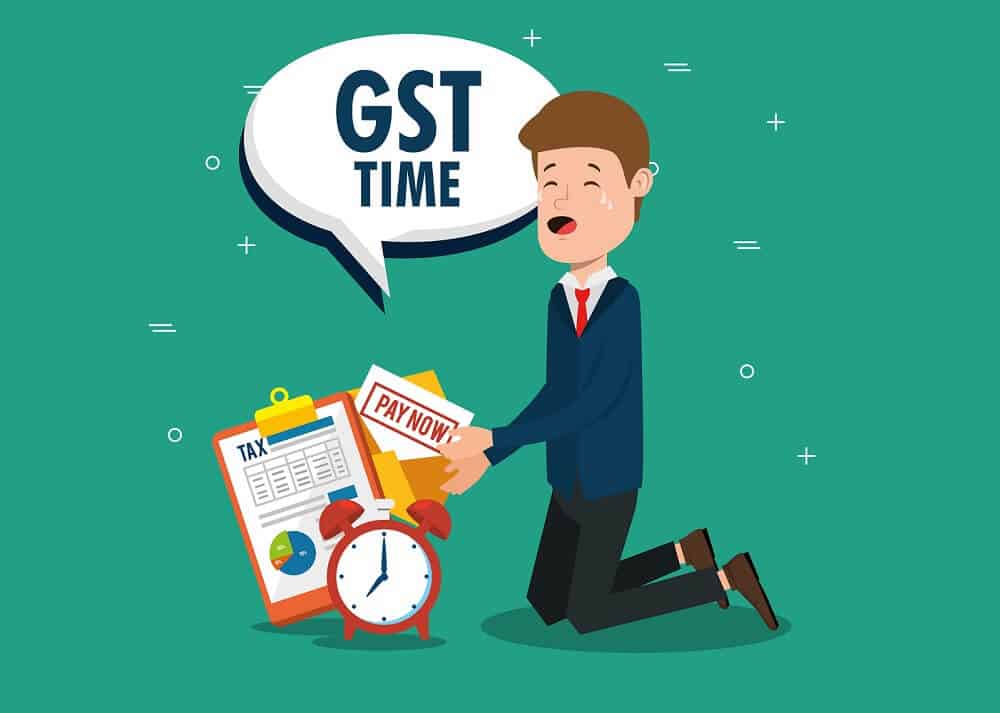 Concept of Goods and Services Tax

Now let’s discuss the elements in the definition of GST – “GST is a comprehensive, multi-level, destination-based tax imposed on every value addition.”

There are various intermediaries when an item passes through its chain of supply – from the manufacturer to the final consumer. Consider some major levels involved in the chain of supply as enumerated below:

Goods and services tax will be levied on each of the above-mentioned levels or stages. This feature makes it a multi-level tax.

A manufacturer who makes bread buys raw materials such as flour, sugar, etc. The value of inputs escalates when they are combined and baked to make loaves of bread. The manufactures then sell it to the warehousing agency where the large quantum of bread is packed. This is another value addition, after which the warehouse sells the packages to shop- keeper or retailer. The retailer unboxes the bread and sells them to the final consumers of the product. Thus, again adding value to it.

GST is imposed on each of these value additions, i.e., added monetary value at each intermediate level to make final sale to consumers at the end.

Understand this by a situation, suppose goods are manufactured in Madhya Pradesh, and those are sold to the final consumer in Gujarat. As the Goods and Services Tax is levied at the point of consumption, therefore, the whole tax revenue will go to Gujarat and not Madhya Pradesh.

Now, let’s discuss the componential structure of the GST.

Components of the Goods and Services Tax 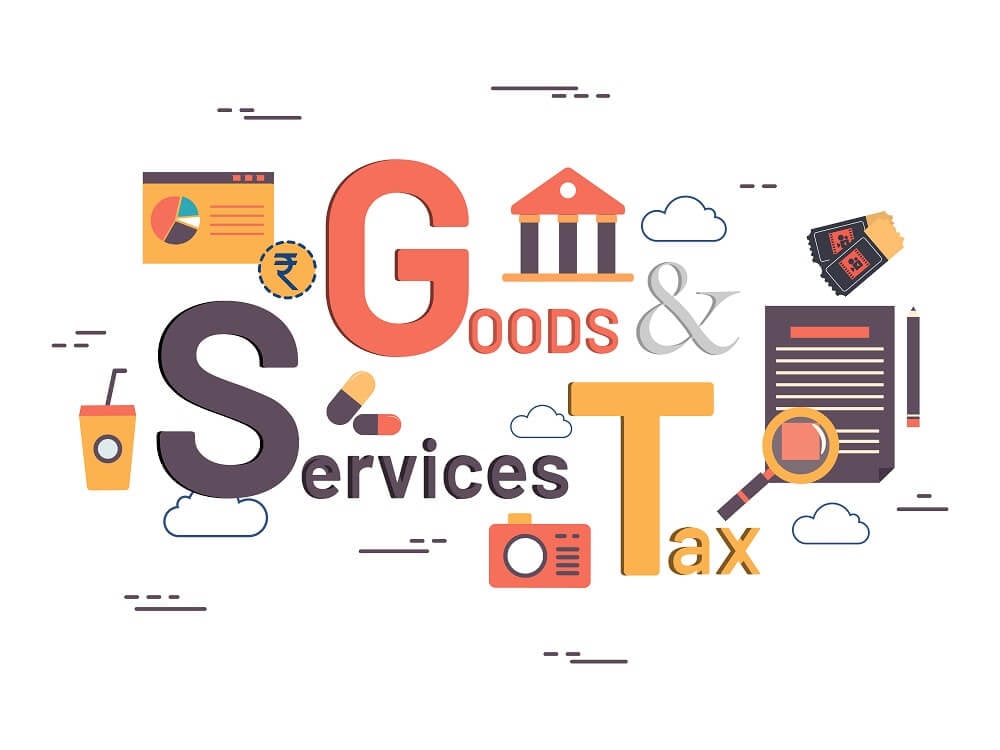 There are 4 components of GST, namely CGST, SGST, and IGST, which are applicable under the GST system. These are explained as:

1. CGST: CGST is the abbreviation for Central Goods and Services Tax. It is collected by the Central Government on an Intra-state sale, i.e., sale within the state; for example, supply of goods & services within Gujarat.

2. SGST: SGST is the abbreviation for State Goods and Services Tax. It is collected by the State Government on an Intra-state sale; for example, the supply of goods & services within Gujarat.

3. IGST: IGST stands for Integrated Goods and Services Tax. It is collected by the Central Government on an Inter-state sale, i.e., a sale between two different states; for example, the supply of goods & services between Gujarat and Tamilnadu. IGST is applicable to imports as well.

4. UTGST – UTGST stands for Union Territory Goods and Services Tax. UTGST is similar to SGST, and the only difference is that in UTGST, the tax is collected by the respective Union Territory administration. For example, the supply of goods & services within Chandigarh.

Thus, we can conclude, 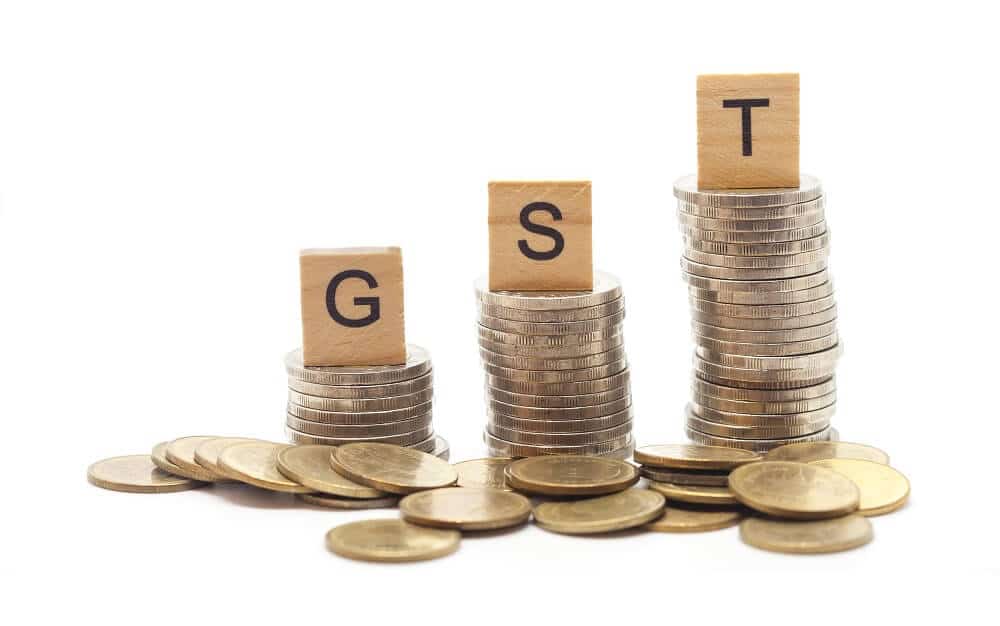 A glance at Tax Slabs Under GST

The tax slabs under the GST regime are as described below:

Some of these that are of regular consumption include fresh fruits and vegetables, milk, buttermilk, curd, natural honey, flour, besan, bread, all kinds of salt, jaggery, hulled cereal grains, fresh meat, fish, chicken, eggs, along with bindi, sindoor, kajal, bangles, drawing and colouring books, stamps, judicial papers, printed books, newspapers, jute and handloom, hotels and lodges with tariff below INR 1000 and so on.

Some other items that will get costlier also include:

Please note: These tax rates are revised from time to time, so kindly once check the latest rates as per your requirement)

How GST Will Impact a Common Man’s Budget? 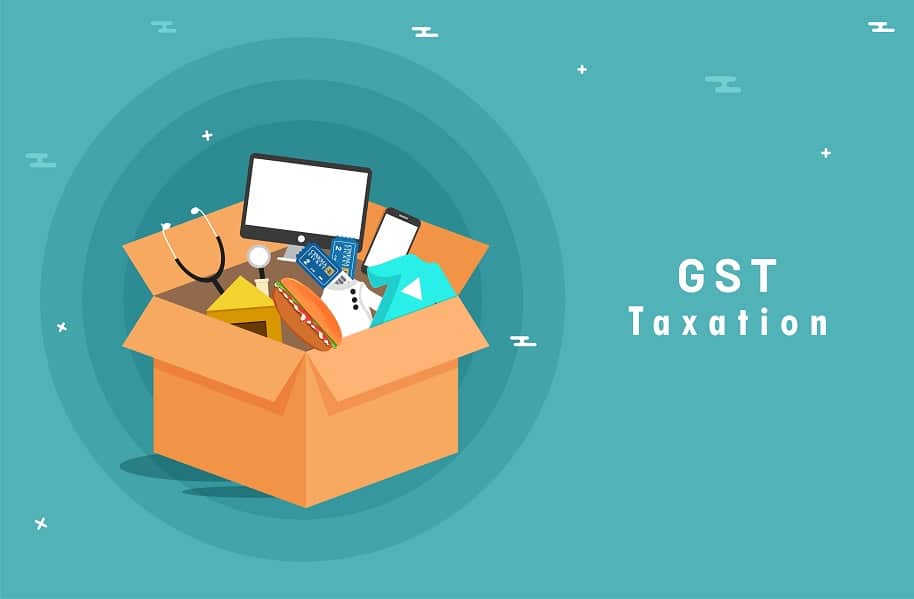 1. Cheaper Bills of Restaurant: In the earlier scenario, if your restaurant bill amounted to ₹2,000 then, about 18.5% tax rate was imposed on you, this included both Service Tax and Value Added Tax. This brings the bill close to 2,370, without including the Service Charge. Now, with the implementation of GST, the rates have been fixed at 18%, for eating in restaurants. At this rate, your restaurant bill would be amounting to 2,360 for that specific order.

2. Amplified phone bills: Your phone bills are costlier now. Earlier, you have to pay a charge of 15% on a telecom services bill of ₹500, which then amounted to you to ₹575. But after GST implementation, the tax imposed on you will be @18% for telecom services, so now your ₹500 bills for the same services used after-tax, will amount to 590. After GST, the telecom rates increased, resulting in costly phone calls and internet usage.

3. Affordable four-wheelers: After the implementation of GST, purchasing a car has become easier, mainly due to price similarly in manufacturing and non – manufacturing states. For example, earlier for buying a car of ₹5 lakhs, a consumer was required to pay 12.5% excise duty along with VAT, after which the amount of car extends to ₹6.25 lakhs. But with GST, the price has trimmed up to ₹35,000, due to a uniform rate of 18%, lowering the price of the same car to ₹5.9 lakhs, inclusive of all taxes.

6. Prices of LED TVs snipped off: Buying a LED TV and watching your favourite serials become cheaper now due to involvement in Make in India campaign. Earlier, LED TVs attracted a rate of 24.5% of tax, leading the price of a LED TV worth ₹20,000 to ₹24,900. After the implementation of GST, there is a tax rate of 18% imposed on LED TVs that snipped the price to ₹23,600. Hence LED TVs are cheaper now.

7. Purchasing jewellery gets exorbitant: As per the experts, the jewellery articles attract a tax levy of about 6% (GST on gold is 3% plus the service charges on making of jewellery) which was about 2% previously, making it tougher for the consumers to buy jewellery and affecting the market on the whole.

8. The effect on online shopping: The e-commerce industry is included under the tax cover of GST. Under this, the tax is deducted at the source for each purchase from the seller. This resulted in making purchases of bags, shoes, electronics, and many other things costly via online mode. GST has gradually shrunk the profit margins, and revisions in tax compliance resulted in a gradual snipping of discounts and other freebies to customers. Although, the customers might get the advantage of lower logical costs and faster delivery time.

Overall, GST introduced a simpler taxation structure for taxpayers. It is a lucid and simple tax. It has a uniform tax regime as compared to the previous tax system.

It has some tax exemptions that result in ease of doing business. The final prices of products have been slashed down due to the unrestricted flow of input tax credit towards manufacturers, retailers, and other service providers. Furthermore, GST will make increased availability of disposable income for consumers and will eventually lead to a rise in the GDP of the country.

Recommended: How to Pay Income Tax Online: Steps to File Your Income Tax

Yet, there is a compliance burden. You are required to file your GST returns on time. Filling GST returns is not that easy as it seems to be. Many people are required to hire a tax professional for it. The Increased cost of some services to 18%, which was 15% earlier, will increase your monthly expenses. You have to revise your budget to incur an additional cost of services. There are always some complications involved. It is a consumption-based tax, so in case of services, the place where service is rendered is required to be ascertained.