In its capacity as the nodal Ministry, the Ministry of Women and Child Development seeks to promote economic empowerment of women through policies and programs cutting across sectors, mainstreaming gender concerns, creating awareness about their rights, and facilitating institutional and legislative support for enabling them to develop to their full potential.  The important programs in different areas are as follow. 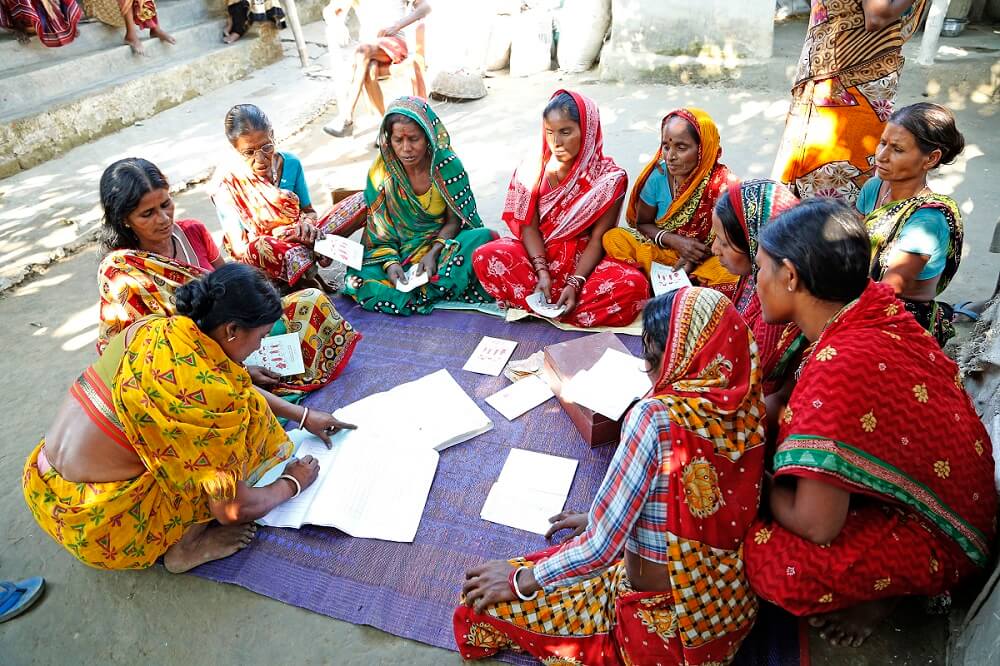 A Central Sector Scheme launched in 1986-87, seeks to upgrade the skill of poor and assetless women and provide employment on a sustainable basis by mobilizing them in viable cooperative groups, strengthening marketing linkages, support services, and access to credit.   The scheme also provides for enabling support services in the form of health check-ups, legal and health literacy, elementary education, gender sensitization, and mobile crèches. The ultimate endeavor of each project is to develop the group to thrive on a self-sustaining basis in the market place with minimal governmental support and intervention even after the project period is over.  Since its inception, around 250 projects have been provided financial assistance under the scheme.

The ten traditional sectors identified for project funding under STEP comprise agriculture, animal husbandry, dairying, fisheries, handlooms, handicrafts, khadi and village industries, sericulture, wasteland development, and social forestry. The scope and coverage of the scheme are being broadened with the introduction of locally appropriate sectors being identified and incorporated into the scheme.

A centrally-sponsored scheme was approved by the Government on 16.8.2010. The scheme is being implemented in 200 districts across the country on a pilot basis. In the remaining districts, Kishori Shakti Yojana (KSY) continues to be operational as before.  However, SABLA has completely replaced the Nutrition Programme for Adolescent Girls (NPAG) as all districts of NPAG are now part of the SABLA. The scheme, interalia, aims at vocational training for girls above 16 years of age for their economic empowerment.

Sabla is being implemented through the State Governments/UTs with 100 percent financial assistance from the Central Government for all inputs other than nutrition provision for which 50 % Central assistance to States is provided. Anganwadi Centre is the focal point for the delivery of the services.

In order to address the socio-economic needs of the women and children of selected eight most backward districts in the North-Eastern region in the economic arena, Central Social Welfare Board has formulated the Integrated Scheme for Women Empowerment (ISWE). The scheme is being implemented on a pilot basis since 2008 and has the objective of meeting the felt needs of the area by mobilizing community action, converging available services and resources of the area, income generation through feasible and sustainable activities for women and to provide services for health awareness, career counseling vocational training, preventing child trafficking and other social evils.

National Mission for Empowerment of Women

The extent of empowerment of women from a holistic and macro-point of view is largely determined by 3 factors viz. economic, social, and political identity. These factors are deeply intertwined and linked with many cross-cutting linkages. It implies that if efforts in any one dimension remain absent or a week, the outcome and momentum generated by the other components cannot be sustained. It is only when all these three factors are addressed simultaneously and made compatible with each other can women be truly empowered. Therefore, for the holistic empowerment of women, an inter-sectoral approach has to be adopted. The vision for the socio-economic empowerment of women is to empower women economically and socially to end exploitation and discrimination enabling them to develop their full potential to be active participants in nation-building, sharing the benefits of economic growth and prosperity. To achieve this vision, the National Mission for Empowerment of Women (NMEW) was launched on 8th March. The objectives of the Mission are to:

Economic Empowerment of Women is to be achieved through the convergence of the schemes and programs having a focus on the formation and promotion of SHGs so as to enable women to have access to microcredit and microfinance. Programs like National Rural Livelihood Mission (erstwhile SGSY) of MoRD, Smayamsidha of MWCD and similar programs of other Ministries and organizations would need to be converged to help the identified SHGs in a coordinated fashion. The Mission would see that access to credit by women SHGs under schemes of NABARD, Rashtriya Mahila Kosh, Financial institutions like NSCFDC/ NBCFDC/ NSKFDC of MoSJ&E and nationalized banks, is coordinated well and delivery of credit is timely.

In order to promote self-employment opportunities and create livelihood options for women, it would ensure that training and skill up-gradation under schemes/programs of MoS&ME, MoL&E, MoRD, MWCD, etc. are available to the women beneficiaries of SHGs and that there is no duplication of errors. Sustainability of income generation activities by women would be looked at and they would be ensured provision of adequate forward, backward, and horizontal linkages. The relevant programs of NABARD, RMK, and participating Ministries, as well as organizations with components of processing, storage, distribution, and market networks, would be put in a convergent mode to strengthen the livelihood of women.

The existing monitoring systems in place at the state and district levels would be utilized by the National Mission for tracking the effectiveness of convergence efforts in the area of economic empowerment. While at the district level, the District Collector as per the existing arrangement of the DRDA would be responsible for monitoring convergence efforts at the district level, the Chief Secretary of the State Government with technical inputs from the State Resource Centre to be set up for women (SRCW) will be made responsible at the state level. At the national level, the National Mission Authority (NMA) will be responsible for overall monitoring of actionable agenda requiring convergence and for which it will take the inputs from both the Mission Directorate and the National Resource Centre for Women (NRCW).

The Rashtriya Mahila Kosh (National Credit Fund for Women) was set up in 1993 with a corpus of Rs. 31 crores, against the backdrop of socio-economic constraints faced by poor women to access micro-credit from the formal financial system in the country, especially those in the rural and in unorganized sectors. The principal corpus has increased to Rs.100.00 Crore by 2009-10.

The main objective behind the setting up of the Rashtriya Mahila Kosh (RMK) under the Department of Women and Child Development (now Ministry) was to provide micro-credit to poor women for various livelihood support and income-generating activities at concessional terms in a client-friendly procedure to bring about their socio-economic development. The RMK is now being restructured as an NBFC with a corpus of Rs.500.00 crore.

Till 31.3.2011, 6, 87,512 women beneficiaries have been sanctioned Rs.307.52 crore and disbursed Rs.251.82 crore. However, with the proposed induction of funds and conversion to NBFC, the projected yearly number of beneficiaries and loans are at the end of five year period in FY 2015-16 is likely to be 2,19,500 and Rs.492.02 crore respectively. Thus, there would be a quantum jump in the business volume of the organization through this restructuring.

Further, the fact that RMK extends loan up to a maximum of 18 percent interest per annum to SHGs/beneficiaries as against loans disbursed to beneficiaries through Micro Finance Institutions (MFIs) under the NABARD’s SHG – Bank  Linkage Programme at the interest rate ranging between 30 and 40 percent per annum and even higher and 60 to 70 percent rate charged by traditional moneylenders, would mean that the impact by way of higher incomes and welfare of the beneficiaries at such an expanded scale of finance and at an affordable rate, would be much more pronounced.

Budgets, which influence the overall level of national income and employment and reflect the priorities of the government regarding public investment, also promote gender equality within the national development framework.  The Government of India is committed to promoting gender equality and has adopted Gender Budgeting (GB) as a tool to address the inequalities faced by women. The purpose is to ensure the translation of the Government’s policy commitments on gender equity into budgetary allocations.

To institutionalize the process of Gender Budgeting, the Government had initiated the formation of Gender Budget Cells (GBCs) within all Central Ministries/ Departments in 2005. These Cells are required to take up evaluation of existing Government programs and schemes from a gender perspective and identify new areas of intervention for addressing the existing gender gaps. The flow of funds under certain women-specific schemes/programs are also being monitored through a Gender Budget Statement (Statement 20) as a part of the Union Budget Document since 2005.

MWCD, as the nodal agency, is pursuing with other Ministries / Departments to build their capacity so as to integrate gender concerns across sectors/schemes/programs/and ensure proper allocation and/or reprioritization of resources.  The number of Ministries reflecting their allocations in the Gender Budget Statement has gone up from nine in 2005-06 to 29 in 2011-12, with a magnitude of Gender Budget (BE) increasing from Rs.14379.00 crore(2.79%) in 2005-06 to Rs.78251.00 crore (6.22%) in 2011-12.

a. The Scheme of Working Women Hostel envisages the provision of safe and affordable hostel accommodation to working women, single working women, women working at places away from their home-towns, and for women being trained for employment.

The scheme has been revised with the following salient features:

b. Working Women Hostel at Jasola, New Delhi: In view of increasing incidents of assault on women from the North-eastern States, the Ministry of Women and Child Development had undertaken construction of a working women hostel in the year 2008-09 exclusively for the working women of North East region working in and around Delhi. The construction of the hostel building at Jasola, New Delhi, has been completed in this current year. The six storied hostel building is having 167 living rooms with a capacity to accommodate 500 working women. This hostel also has the provision of a daycare center for the children of working mothers.

With a view to encouraging women to join/ continue with gainful employment, the Rajiv Gandhi National Creche Scheme for children of working mothers (RGNCS) was introduced in 2006. The scheme seeks to provide daycare facilities to children in the age group 0-6 years from families with a monthly income of less than Rs. 12,000/-. In addition to being a safe space for the children, the crèche provides services like supplementary nutrition, preschool education, emergency health care, etc.

The scheme provides for a grant of Rs.3532/- per month for a crèche, limited to 90% of the schematic pattern or actual expenditure whichever is less, and the remaining expenditure is borne by the implementing agencies. Honorarium to crèche workers is fully funded under the scheme. Funds are separately provided to the implementing agencies for one-time training of crèche workers.

IGMSY is a Conditional Cash Transfer scheme for pregnant and lactating women to contribute to the better enabling environment by providing cash incentives for improved health and nutrition to pregnant and nursing mothers.  It is being implemented initially on a pilot basis in 52 selected districts using the platform of ICDS. IGMSY is a Centrally Sponsored Scheme introduced in the FY 2010-11, under which the grant-in-aid is released to States/UTs.  The Scheme envisages providing cash directly to P&L women during pregnancy and lactation in response to individual fulfilling specific conditions. It would address short term income support objectives with long term objectives of behavior and attitudinal change.  The scheme attempts to partly compensate for wage loss to pregnant & lactating women both prior to and after delivery of the child.

To participate in the above schemes visit – wcd.nic.in/schemes.htm and wcd.nic.in 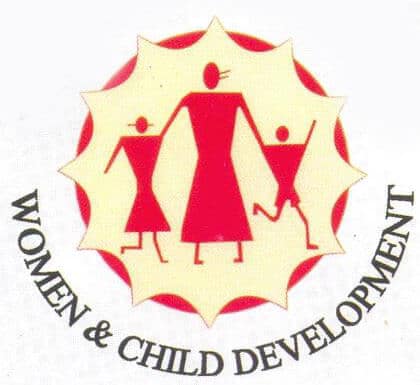