Did you know a recent survey found that more than half of the millennial’s around the world already engage in some form of freelance work? A recent study released by freelancer website Upwork reveals that the number of online freelance jobs is growing at a rate that is 3 times faster than growth observed in old economy jobs. It is estimated that as of 2017 end there are close to 60 million freelancers in the United States.

As competition grows it is important for online workers to know what are the emerging trends in the global freelance economy. To capture this an online payments company Payoneer recently conducted a survey on income trends. Given below are some of the key findings of this global survey conducted among more than 20,000 freelancers based across the world.

Europe – Is the second fastest growing market after the US.

1. The average hourly rate charged by freelancers worldwide is approximately US$ 19 per hour ( Rs 1200) as of 2017. This is much higher than what the average freelancer earns in India per hour of work. This is mainly because of the differences in the cost of living, freelancers living in developed countries need to charge more to make ends meet.

2. The highest rate is charged by freelancers working in the legal profession. They charge on average about US$ 28 (Rs 2000) per hour for taking up legal projects. This type of work is mainly done by qualified professionals such as attorneys and accountants.

3. The majority of freelancer workers present across the globe are aged less than 30 years.

4. The majority of online work is done for individuals/companies based in North America and Europe. The report highlights that close to 70% of the work comes from just these two continents. This is a result of offshoring where companies hire individuals to work for them remotely enabling cost savings.

5. The average working hours of Freelancers every week vary between 30 to 50 man-hours. The hardest working freelancers live in India and Bangladesh.

6. Women constitute less than 25% of the gig-economy workforce.

7. The average hourly rate for earnings across industries are as follows

8. Another surprising finding of the survey is that the majority of online workers are highly dissatisfied with their earnings. Many are searching for new gigs that will help them earn more. This is quite predictable considering the huge influx of new people willing to freelance. The advent of the digital nomad lifestyle and it’s growing appeal will only mean greater competition in the coming years.

9. The top six countries accounting for the majority of online workers are from India, Bangladesh, United States, Pakistan, Philippines, and the United Kingdom.

10. Facebook and LinkedIn are the top two social networks used by freelancers to solicit work and communicate with clients.

To gain more fascinating insights you can download the full report at the link below: 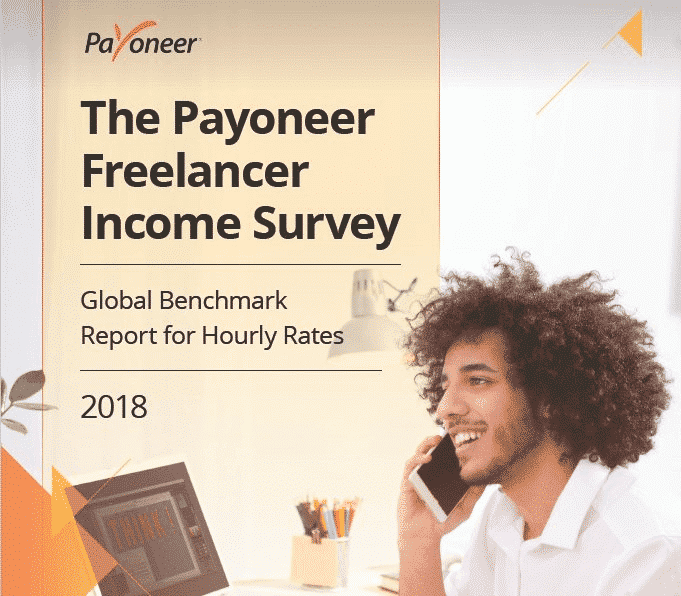 Right Click on the link below and choose ” Save Link As”