Mobile Banking is the hottest area of development in the banking sector and is expected to replace the credit/debit card system in the future. In the past two years, a Mobile Banking user has increased three times if we compare the use of either debit card or credit card. Moreover, 85-90% of mobile users do not own credit cards. There is at least 36% of the population that is literate have mobile phones and have no access to credit. This is the potential market that would appreciate mobile banking solutions. 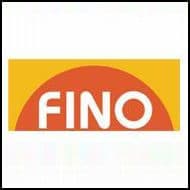 Commenting on the launch of FINO MITRA, Manish Khera, CEO, FINO said, “MITRA will ensure that FINO is able to reach out to a large segment of the 8 million rural subscribers of mobile phones who are deprived of basic banking facilities. Currently, mobile enrollment is being done for NREGS where data is made available with prepopulated fields.”The mobile subscriber rate in India has been increasing rapidly and stands at 362 million as of Jan 09.

FINO MITRA serves as an alternate method of catering to the unbanked population of the country by helping them avail basic banking facilities. The MITRA facilitates both as an enrollment and transaction device used by the FINO agents. This product enables the end-user to use their mobile phones for banking transactions, as any wallet and for other mobile enabled commerce. A wide network of FINO enables the customer to access the services in a seamless manner even if he moves to different parts of the city or country.