August 8, 2020
Reading time: 5 minutes
Written By Sushma Singh
Sushma is a full-time blogger and financial expert. Join Sushma and 10,000 monthly readers here to learn how to save and invest your money wisely. 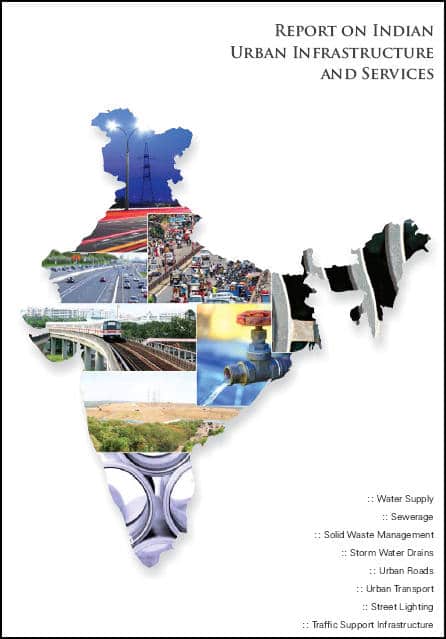 Prior to 2008, public sector banks in India were considered as conservative, sluggish and weak. But this perception changed dramatically after the global financial meltdown. The Indian banking system has proved its mettle. The hidden robustness of the banking system came to the fore and became known to the whole world. But of what use is this robustness to the common person?

Leave aside the rural population, even in urban India a vast number of people are still outside the banking system. Achieving 100% financial inclusion in urban centers still remains a distant dream. In India, the basic concept of financial inclusion is having a saving or current account at any bank. Even opening a  simple bank account remains a challenge despite the regulator taking many initiatives to simplify it. The banking penetration in India is thin and much below the globally accepted standard.

The majority of the people residing in unrecognized colonies, EWS colonies, colonies on the outskirts of cities, village extensions within city limits, labor colonies do not have access to formal financing channels because of various reasons.

Unfortunately, self-employed persons (many of whom are just literate or illiterate) never attract the attention of banks even though they earn and send remittances and have a need for many financial products like convenient money transfer, saving accounts, etc. Still, their robust economy has not yet caught the fancy of the banking industry. More than 80% of these people continue to remain financially excluded in India.

The four key factors for the success of mobile telephony in India are:

(1) Creating awareness about the product;

(2) The affordable pricing of the product;

(3) Making the same available at the doorstep;

(4) Adding value to the life of the common man.

The success story of mobile telephony clearly proves that people themselves come forward, embrace the product, learn and re-learn from each other at no extra cost to the service provider if the product is able to reach to them and is useful to them.

As per a demographic estimate, India’s urban population is expected to rise to 40% of the total population by 2020, placing an increasing strain on the country’s urban infrastructure. Future growth is likely to concentrate in and around 60 to 70 large cities having a population of one million or more. India is going to become younger and younger as opposed to many other countries, whose population is going to age drastically. The challenge will remain to bring them into the national mainstream by way of extending not only saving opportunities but also credit facilities and helping them achieve their entrepreneurial dreams.

Globally, formal banking channels are averse to the persons earning less than USD $2 per day because they consider them commercially nonviable. In the Indian context, this two-dollar theory translates into earning of Rs 100/- per day. And in Urban India, this figure can be upped to Rs 150/- per day.

Financial exclusion may be less visible in urban areas in comparison to rural areas. Better availability of banking facilities may befool the entire set up. But these facilities are centrally concentrated at each urban center. Thus it makes no commercial sense to open a bank account in a branch located at a distance of more than 2 km.

If this yardstick of 2 km is applied to urban areas then more than 50% of urban areas become un-banked. Another yardstick could be colonies with more than 2000 people. On the basis of this yardstick, 60% of each urban center is un-banked. The bankers, regulators, governments and other stakeholders have to look afresh at the outreach of banking. Financial inclusion in urban areas makes more business sense and should not be considered a social compulsion.

Poverty alleviation data also supports the availability of commercially viable but financially excluded persons in urban India. As per CSO data, poverty alleviation has been highly successful and poverty levels have drastically come down in urban and rural India.

About 1% of India’s population is crossing the poverty line every year for the last 20 years. The figure in the table below shows that below the poverty population has come down to just above 20% whereas the unbanked population is still more than 50%.

This clearly shows that there is ample scope of commercially viable accounts. The majority of these shall necessarily lie in urban centers. The percentages of the population below the poverty line for urban and rural areas separately can be seen below

The domestic consumption story of India continues to attract big corporates from all corners of the world. Incomes are rapidly rising, both in rural and urban areas, arising from an expansion of existing activities as well as the creation of new economic activities. Corporate profitability is exhibiting sustainable trends and giving a further push to growth momentum. All of these developments suggest that the demand for financial services, both for savings as well as production purposes, will be greater than what has been in the past, and there will be many un-served new entrants in need of financial services.

Of late, there has been a burst of entrepreneurial activities spanning rural, semi-urban and urban areas. This has to be nurtured and financed. It is only through the growth of enterprises across all sizes that competition will be fostered. Today’s MSME entrepreneur will be a big entrepreneur tomorrow and might become a multinational enterprise in a few decades.

It is also true that not all entrepreneurs will be successful, there will be failures also. Risk assessment and risk management capabilities can always take care of the risk involved. But it is the first generation entrepreneur who needs financial inclusion in terms of account, credit, insurance and bucket of allied products.

The recent urban initiative launched by the UPA in the form of JNNURM (Jawaharlal Nehru National Urban Renewal Mission) encompassing budgetary allocation of Rs 66,000 crores will push the growth further in urban centers. JNNURM will increasingly create employment and self-employment opportunities in urban centers and will help in revitalizing India’s urban economy. Recent media reports indicate that the JNNURM will be discontinued and replaced with a Smart Cities program under the NDA government of Narendra Modi.

A couple of years ago the Honorable finance minister observed that “ Financial markets now offer complex choices to the consumer, but literacy is essential for consumers to make informed choices”. According to him, any effort to improve literacy should take into account India’s “divergent and multi-lingual framework”. The wide divergence in literacy level across states and within states, the marked difference between rural and urban areas are also important issues to be considered while preparing a road map for the complete financial inclusion of India.