Pursuing its commitment to creating employable skills in the tourism and hospitality sector, the Ministry of Tourism has launched a Scheme providing for the training of drivers. The Scheme is part of the Ministry’s larger initiative namely Hunar Se Rozgaar.

The Scheme now launched draws upon the fact that drivers with skill and inadequate numbers are essential for sustaining tourism, and that in India where tourism is expected to emerge as a key economic driver, driving as a vocation has large employment potential. 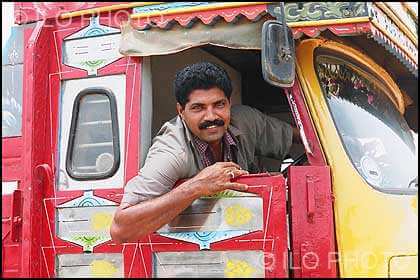 As in all the programs and schemes launched as part of the Hunar Se Rozgaar initiative, the Scheme now launched has a distinct leaning for the youth belonging to economically weaker strata of the society. Open to young men and women in the age group of 18 to 28 years who are at least 10th pass, the Scheme has the first preference for persons belonging to the BPL category. The Scheme, by subjecting eligibility to an economic criterion, explicitly bars those who have the wherewithal to afford this training.

THE TRAINING WILL HAVE TWO DISTINCT ASPECTS:

i) training to impart driving skills, and

The former will be of a duration of 45 hours through the training on a day that will not exceed 3 hours. The latter – etiquette training – will be conducted concurrently for 3 days from 11 am to 5 pm.

The Scheme will be delivered by the State Governments and the UT Administrations, which will select the driving schools following a transparent system. Applications for the training programs will be invited through open press advertisements.

The Scheme will be funded by the Ministry of Tourism to cover the cost of training, certification, lunch and nominal stipend to the trainees, and administrative arrangement as per standard norm. The funds will be placed at the disposal of the State Governments who will in turn, in turn, will pay the training institutes.