As India celebrates Diwali this week, the debate about how to deal with microfinance has calmed a bit. But since I wrote up my analysis of the root causes Andhra Pradesh showdown (part 1, part 2), the news has taken few further twists. Here’s an update:

Meanwhile, India’s vibrant media and civil society have been grappling with the issue, as are some American media. The rest of this post is a digest of the most provocative, insightful, and intelligent commentary I’ve seen on the subject.

MFIs should welcome regulation. Editorial, The Hindu: “It is obvious that the MFIs face an extremely challenging environment. They should welcome uniform regulation, more transparency in their operations, particularly interest rates, and governance. They are providing a valuable service, and only by being transparent and sprucing up their governance can they acquire legitimacy in the financial mainstream.” 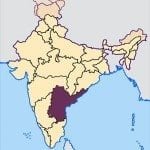 Work together. APMAS unpublished comment to NABARD: Over the past 2-3 years the [mal-] practices have become more serious as the MFIs have been interested in more than 100% growth per annum and giving more than 20% return on equity. … Of course, the MFIs have been in the rat race and have been fully in the profit-maximizing mode. … There is a need for a well-defined system of regulation & supervision. If there is no regulation, poor women will be indebted and result in extreme steps like suicide. … Government of India, RBI, NABARD, Banks and State Governments must collectively evolve an effective regulatory and supervisory system.

Read the rest of the article on Governance Across Borders