Who Can Form an NGO in India?

Any person competent to contract, be an individual, a body of individuals or an artificial person such as an association of persons, an institution, a limited company, a Hindu undivided family through its Karta, can form an NGO.

NGOs are essentially of charitable or religious nature, and can be constituted by any person without any distinction of caste or creed. 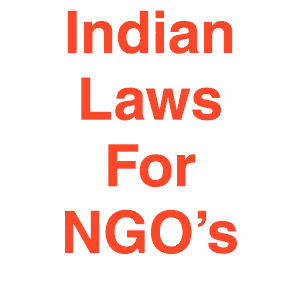 Other Allied Laws for NGO’s in India: