BSS Microfinance follows the Grameen Bank model of group lending and predominantly offers group loans for a 2-year period with fortnightly repayment. BSS Microfinance, operating predominantly from Karnataka, had a network of 67 branches and a loan portfolio of Rs.184 crore as of September 30, 2013. 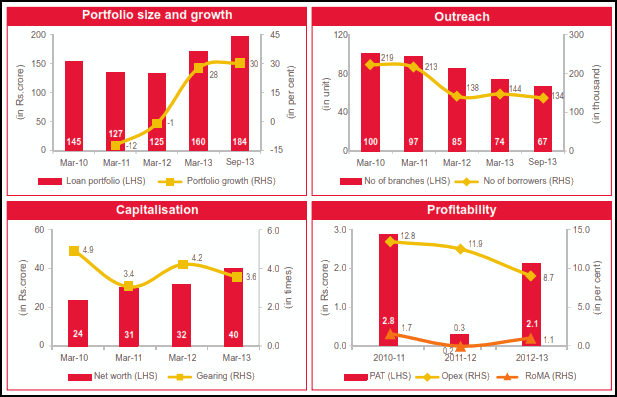