The last two decades have seen the microfinance industry grow by leaps and bounds around the world. India is no exception, the number of nonbanking finance companies providing credit and savings products has gone from a few dozens to several hundred. It is estimated by Sa-Dhan, a self-regulatory organization that the total number of microfinance clients in India touched the figure of 30 million in mid-2017. This figure does not include the clients serviced by six micro-finance companies that have been given a banking license by the Reserve Bank Of India.

Demonetization, an ill-conceived act of financial terrorism failed to deter the spirit of MFI’s, entrepreneurs, and borrowers who continued to repay micro-loans albeit with minor hiccups in the repayment schedule. There was also some contraction in loan portfolio’s observed as demonetization hurt the poor the most and capital formation indicators turned negative.

Going forward it is important to collect and study empirical data from the industry to ensure that microfinance companies continue to strengthen the financial inclusion agenda in India. To enable this, Sa-Dhan has released the latest version of it’s Bharat Microfinance Report 2017. The data and figures from this report can be used until September 2018 when the next version will be released.

Notable Highlights from the report are as follows: 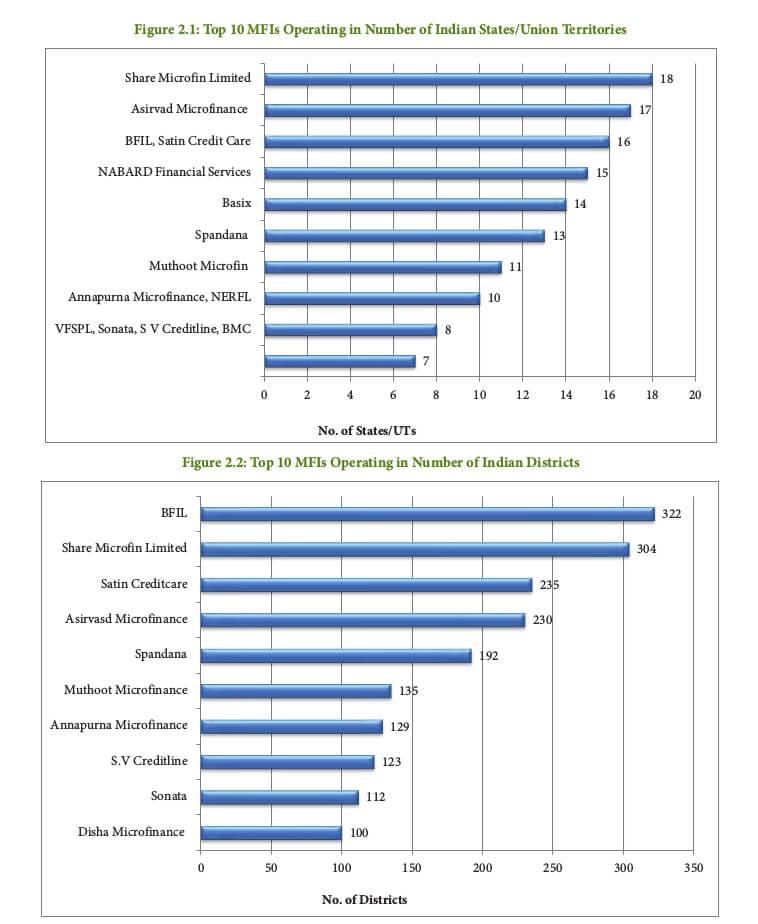 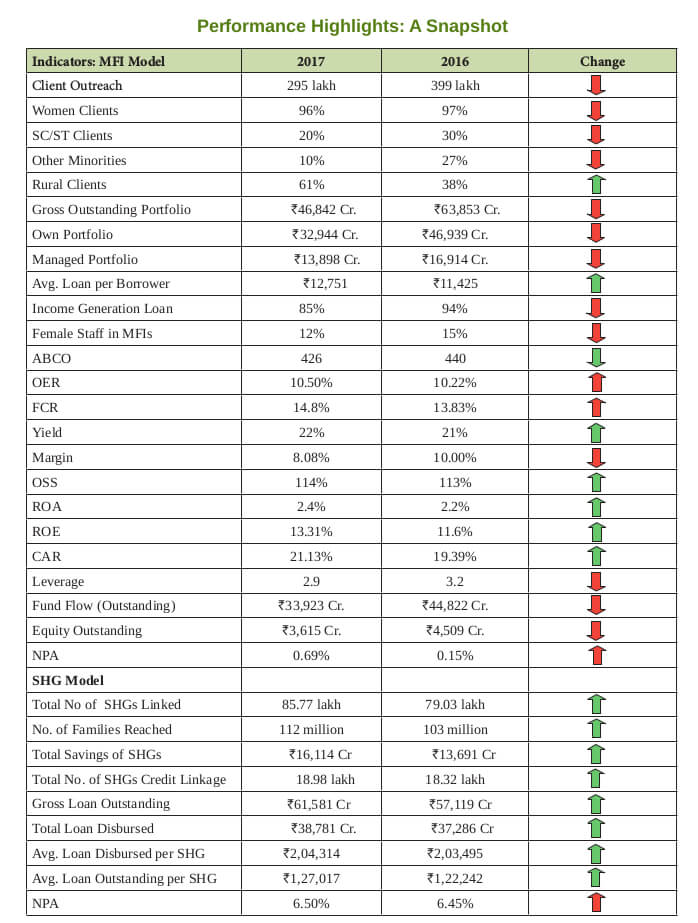 The latest version of the full report can be downloaded below:

Previous versions of the report can be accessed at the links below: