Stocks, in general, are categorized into various groups based on their market capitalization and stock characteristics. Based on stock characteristics, they are classified as growth stocks, value stocks, and mid-stocks. Based on market capitalization, they are classified as small-cap, mid-cap, and large-cap companies. Small-cap companies are those companies whose valuation is below Rs.8500 cr, mid-cap companies have a valuation between Rs.8500 cr – Rs.28,000 cr, and large companies have a valuation greater than Rs.28,000 cr.

We also have a third category of stocks called the Blue Chip Stocks or Blue Chip companies, and they are the most coveted stocks among investors. Most investors are drawn towards the Blue Chip stocks as they are considered to be safe investment options. In this article, we are going to list the 10 best blue chip companies in India and how we can invest in them.

What is a Blue Chip Company?

Oliver Gingold, who used to work at Dow Jones, was the first person to coin the word Blue Chip in 1923. Back the Gingold used this word to describe price stocks highly. However, over the years, this term is mostly used to refer to the quality of the stock and not its price. A few investors even believe that this name was given in reference to Blue Chips in the game of poker, which are usually more valuable.

Now that we have understood what a blue chip company is and how it works, here is a list of the 10 best Blue Chip Companies in India.

ITC Ltd. is one of India’s foremost private sector companies with an extremely diversified presence in FMCG, hotels, agri-business, Information Technology and paper boards, and paper packing. ITC produces 81% of India’s cigarettes. This company was established as Imperial Tobacco Company in 1910 and later changed its name to Indian Tobacco Company in 1970. The ITC headquarters are located in Kolkatta, West Bengal, and as of 2019, this company has over 27,000 employees. 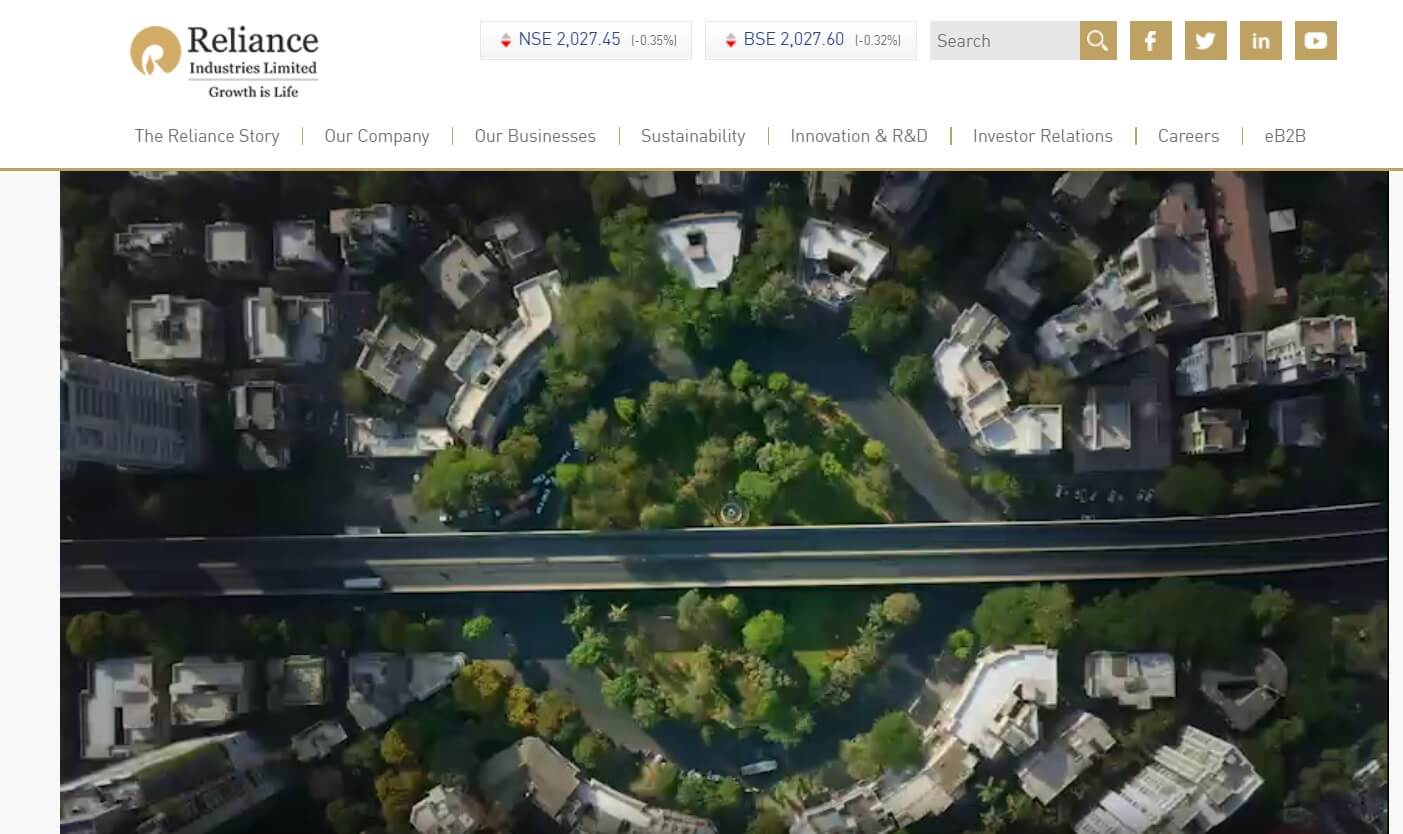 Reliance Industries Limited is an Indian Multinational Conglomerate that is owned and run by Mr.Mukesh Ambani. RIL is headquartered in Mumbai, Maharashtra, and has over 194,000 employees across the country. RIL was founded in 1996 by Shri.Dhirubhai Ambani as Reliance Textile Industries Pvt.Ltd. And later in 1985 was renamed Reliance Industries Limited. RIL has managed to spread its wings across textiles, petrochemicals, refining and marketing, telecommunications, and retail over the years. Some major subsidiaries under RIL are Reliance Retail, Reliance Life Science, Reliance Jio Infocomm Limited, Reliance Logistics, Reliance Solar, and Reliance Industrial Infrastructure.

In October of 2007, RIL became the first Indian company to reach $100 billion in Market Capitalisation. With a Market Cap of over 11 lakh crores, RIL is India’s biggest company by Market Cap. The stock price for RIL usually ranges between Rs.1500 to Rs.2000. The company has a revenue of Rs. 659,205 crore or $90 billion.

Tata Consultancy Services is one of the most prominent names in the IT, consulting, and business solutions domain. Headquartered in Mumbai, Maharashtra, TCS is one of the major subsidiaries under Tata Sons and it operates in 149 locations across 46 countries. TCS is now placed among the most valuable IT services brand worldwide. It was established in 1968 and has employed over 4,50,000 people across the globe. In April 2018 TCS became the second Indian company to reach a market capitalization of $100 billion.

With a current market cap of over 8 lakh crores, TCS is India’s second-largest company by market capitalization, and the stock prices range between Rs.2000 and Rs.2500. TCS has a total revenue of $22 billion. TCS accounts for 70% of its parent company’s(Tata Sons) total income.

HDFC bank is one of India’s largest banking and financial services company. In fact, it is India’s leading lender in the private sector. Headquartered in Mumbai, Maharashtra, HDFC has over 1,00,000 permanent employees across the country. This bank was founded in 1994 by Hasmukhbhai Parekh, and since then it has managed to establish over 5000 branches across the country. In addition to this, HDFC has over 11,000 ATMs across India. HDFC provides a wide range of services to its users, including Wholesale banking, retail banking, personal loans, property loans, automobile loans, etc. By market capitalization, it is India’s largest bank with a current market cap of over 4 lakh crores. The stock price of HDFC ranges between Rs.1000 and Rs.1500. The revenue earned by this firm stands at $16 billion.

Infosys Limited is an Indian multinational corporation that is considered to be a global leader in next-generation digital services and consulting. It is the second-largest IT company in India after TCS.

Infosys was founded by N.R. Narayana Murthy and a group of 7 engineers with an initial capital of $250 in Pune, in 1981. It was initially called Infosys Consulting Pvt.Ltd. And eventually, in 2011, it was renamed Infosys Limited. It is currently headquartered in Bengaluru, Karnataka, and is one of India’s biggest employers with an employee strength of over 2,50,000.

Some important subsidiaries under Infosys are Panaya, Noah Consulting.LLC, Kallidus, EdgeVerve Systems Limited, Infosys BPM Limited, and Infosys Public Services Inc. The revenue earned by this company stands at $12 billion. The current market capitalization of Infosys is $38.84 billion, and the stock price ranges between Rs.700 and Rs.1000.

Hindustan Unilever Limited is one of India’s largest FMCG(Fast Moving Consumer Goods) companies. It is the Indian subsidiary of Unilever PLC which is a British-Dutch Multinational Company. It was founded in 1933 and is currently headquartered in Mumbai, Maharashtra. The company has a current employee strength of 18,000 spread across India. HUL’s products mostly include food, personal care products, beverages, cleaning agents, water purifiers, and consumer goods. As of 2019, HUL has 35 brands in 20 different categories which drive in sales of about 34,619 crores.

Asian Paints Limited is an Indian multinational paint manufacturer and is of the best blue chip companies in India. The company was founded in 1942 by Abhay Vakil and Champaklal H. Choksey as a part of the Quit India Moment in 1942 and is currently headquartered in Mumbai, Maharashtra. Asian Paints is primarily involved in the manufacturing, distribution, and selling of paints, products related to home decor, bathroom fittings, and many other similar items. Asian Paints has a customer base that is spread over 65 countries across the globe, and it also has 26 paint manufacturing facilities across the world.

ICICI (Industrial Credit and Investment Corporation of India) Bank is one of India’s largest banking and finance companies. This bank was founded in 1994 in Vadodara, Gujarat, and is currently headquartered in Mumbai, Maharashtra. ICICI Bank employs over 84,000 people across the country. ICICI is one of the Big Four banks in India with a network of 5275 branches and 15,589 ATMs spread across the country. This bank also has branches in the United States, Singapore, Bahrain, Dubai, Qatar, Oman, and South Africa.

Nestle SA is a Swiss multinational food and drink processing company which is one of the largest in the world in its industry. It is one of the best blue chip companies in India. Nestle India is the Indian subsidiary of Nestle SA which was incorporated in the year 1956. Nestle’s products include coffee, tea, baby food, breakfast cereals, confectionery, dairy food, and pet food. The company has 4 branches and 8 manufacturing units spread across India.

Some notable products under Nestle India are Maggi, Nescafe, KIT KAT, Munch, Milky Bar, Milo, Bar-One, Milkmaid, Nestea and Alpino. Some major products of Nestle including Maggi, KIT KAT, and Nespresso, have annual sales of over $1 billion. The total market cap of Nestle India stands at 158922.51 crores, and the stock prices range between Rs. 15,000 – Rs.16,000. 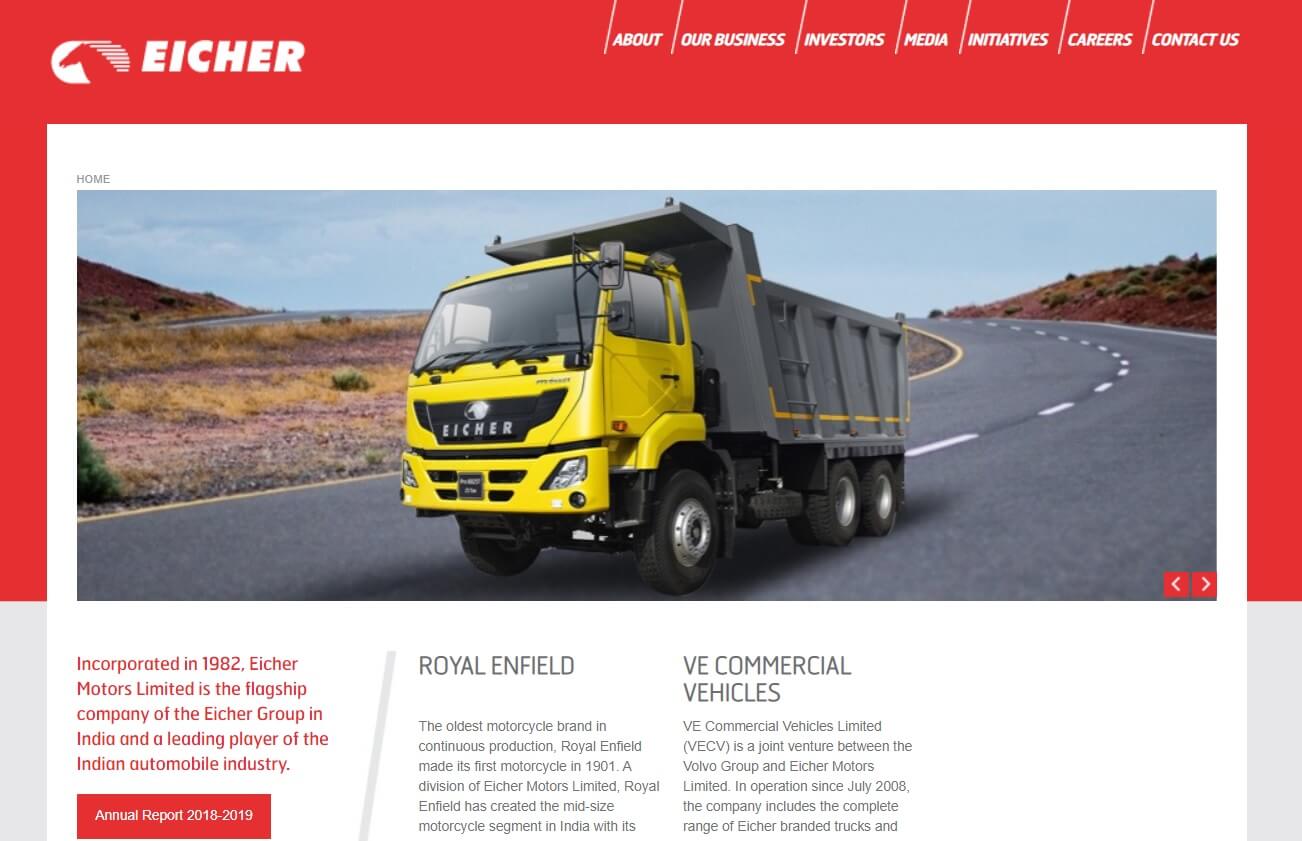 Eicher Motors Limited is Indian luxury motorcycles and commercial vehicles, manufacturer. Though based in India, the company operates in over 40 countries across the globe. Eicher Motors was founded in 1948 by Vikram Lal and is currently headquartered in New Delhi. This company is closely involved in the manufacturing, designing, development, and marketing of trucks, motorcycles, buses, automotive gears, and components.

Eicher Motors is the parent company of the world-famous Royal Enfield, and some of its other subsidiaries include VE Commercial Vehicles, Harris Performance Products, Eicher Polaris Pvt.Ltd. and EES Inc. The market cap of Eicher Motors stands at 37844.16 crores and the stock prices range between Rs.17,000 and Rs.18,000. The total revenue of Eicher Motors is close to $1.5 billion.

Blue Chip Companies are a safe investment option for beginners as well as veteran traders as most of these companies are considered to be ‘too big to fail’.

These companies have a history of consistent performance and are known to usually give huge rewards to their stakeholders in good market conditions.

However, you have to keep in mind that Blue Chip Stocks offer moderate growth prospects as they are already very large companies.