August 8, 2020
Reading time: 4 minutes
Written By ADITYA
Experienced Entrepreneur with a demonstrated history of working in the internet industry. 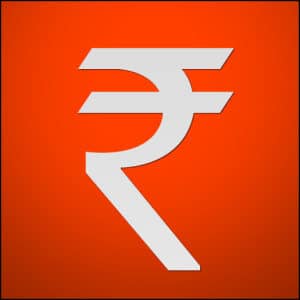 Financial Intermediation has an important role to play in economic development. This has been increasingly realized in the world and hence the emphasis on ‘financial inclusion’ in recent years in all the countries. For the NER, this assumes significance given the fact that on the one hand large areas are left out of the formal financial networks and on the other hand the region has a significant presence of micro activities through which the majority of the people earn their livelihoods. If banking has to be meaningful for the region, it has to reach and touch the majority of them and in a sustainable manner.

SOME RECENT DEVELOPMENTS IN THE BANKING SECTOR IN NORTHEAST

Reserve Bank of India has set up a Committee on Financial Sector Development for the NER under the Chairmanship of the Deputy Governor, Ms Usha Thorat. The committee submitted its report on July 2006 where it gave a series of recommendations to make the banking sector in the region ‘more inclusive’.

i) To increase outreach, post offices, traditional institutions and NGOs need to be co-opted by the banking industry because of their inherent strength under the business correspondent and business facilitator model.

Iv) Use of IT within the bank extensively and also other IT enabled services to reduce transaction costs to the clients. Training and sensitization workshops for bankers as well as the public.

IT BASED SOLUTIONS FOR FINANCIAL INCLUSION

Large areas in the NER are located in flung areas where there is a small cluster of population. Providing financial services to such remote locations especially in the hills becomes economically unviable. Here IT-enabled systems can play a major role where the costs to the bank are reduced while also reducing the transaction costs to the borrower. SBI has recently started such an initiative called SBI Tiny in Mizoram. It was started as a pilot and it seems to have met with initial success. They are therefore rolling this out in Arunachal Pradesh and also the toughest terrain in Garo Hills.

The post-independence Development of the NE Region has been primarily State-led. It has been argued that given the disadvantage in terms of location and the prevalence of mostly subsistence economy there was a need for resources to be ploughed into the economy externally – often by the Central Govt. as the State Govt. were also resource-poor. This has led to massive State intervention in almost all facets of the economy and life in these states of the region.

Given such an environment, it is indeed commendable that the Micro Finance (MFI) sector in the region has been perhaps one of the few sectors, which can claim to have grown indigenously and with very little external support. Today, it has offered employment to more than 5500 people besides servicing 110000 individual clients and more than 60000 SHGs (which means 600000 clients) besides facilitating an equal number for bank linkage. It is perhaps one of the few demand-led services to have evolved and grown despite many constraints and problems. It is a tribute to the innumerable microfinance institutions (MFIs) across the regions, which have shown that growth can happen from within rather than emanating from outside.

It, therefore, becomes imperative of all institutions desirous of seeing sustainable growth in the region to recognize this and support and facilitate such an initiative by the MFIs; so that, the industry can go forward and be able to service 1.5 million clients (including groups) and have an outstanding of Rs. 5 billion by 2011. With demand for Rs. 26 billion microfinance services for the region, it could be easily possible.

In order to access markets in NE, the formal banking industry has to undergo a radical overhaul of its systems. Primarily they need to

• Change the character, structure and products designed for this region.

• Given the large scale diversity of the region it is necessary to build up linkages with institutions that are more locally based and embedded within the community which not only includes the MFIs but also the traditional institutions. The correspondent banking scheme as proposed by the Reserve Bank of India should be leveraged by all banks operating in the region.

• Increasingly promote IT base solutions for ‘financial inclusion’.

However, a few conditions need to be put into place for the interventions to be effective and increase the financial inclusion of remote areas. They are:

1. Building an assessment tool designed to identify and assess institutions that are carrying out low-level financial intermediation, but have the potential for greater scale based on their unique position and products.

2. Start-up funds for institutions that want to scale up their operations quickly.

3. Capacity-building funds for building MFIs so that they can scale up effectively.

4. Funds for allowing experimentation on delivery of services and products.

Thus, in order to reach remote areas and provide financial access to many, it is imperative that market-led financial services and products are expanded; and in order to respond to needs and increase the sustainability of these services, it will necessarily have to cover a wider segment than the traditional microfinance.