Today the Governor of Andhra Pradesh E S L Narasimhan gave his assent to the Andhra Pradesh Microfinance Institutions (regulation of money lending) Ordinance, 2010 thus making it into a law which would come into effect immediately.

The government of Andhra Pradesh was forced to introduce this bill to check the rising unrest in the state of Andhra Pradesh after media reports of MFI’s alleged coercive practices led to public outcry and backlash.

Speaking to CNBC- TV 18, Mr Vatti Vasantha Kumar, Minister for Rural Development of Andhra Pradesh said “ The interest rate declared by the MFIs is different from the actual and indirect rate that includes hidden charges. If you take the hidden charges into consideration, the interest rate ranges from 50% to 84%.” 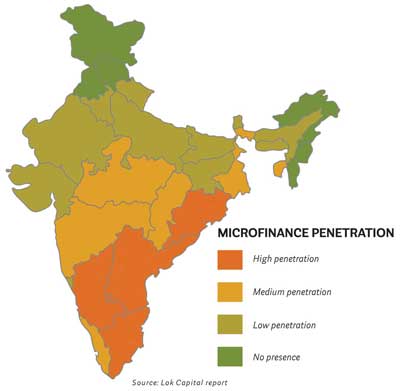 The Ordinance now makes it mandatory for all Microfinance Institutions in Andhra Pradesh to register with the district Registering Authority, the Project Director (PD) of District Rural Development Agency (DRDA) for rural areas and PD of MEMPA for urban areas, within 30 days starting from Friday.

The government has stated that the objective of the ordinance is to clamp down on unregulated lending by MFI’s. The state government has said it will soon come up with a financial package to assist MFI clients who are burdened with debt. Arrangements for the swapping of high-cost debt of MFI customers with low interest-bearing loans by banks are being made.

Some of the other provisions of the Andhra Pradesh Microfinance Institutions Ordinance 2010 are:-

As per the latest information we have received from our sources, all MFI’s are required to suspend collections until they have registered with local authorities in every village where they operate. Nobody is sure about what the procedure is or how long it would take for an MFI to get registered.