How the Andhra Crisis is Going to Affect Investment in Indian Microfinance?

August 10, 2020
Reading time: 5 minutes
Written By Sushma Singh
Sushma is a full-time blogger and financial expert. Join Sushma and 10,000 monthly readers here to learn how to save and invest your money wisely. 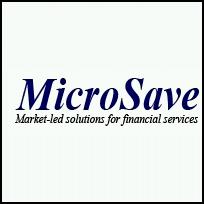 A Compendium of News Pieces and Analysis

Since our last update on the AP crisis, there has been a debate in media over the microfinance bubble in south India and how some pockets even in the underserved areas of the country suffer from the same syndrome. There has also been a call on how self-regulation of the MFIs may not help and what efforts MFIN and Alpha are taking in this regard. Besides the debate, one thing is for sure that the ground realities for the MFIs have changed significantly after the AP ordinance. With more than 30% of microfinance activities concentrated in Andhra Pradesh and collections dwindling to as low as 20%, MFIs are in deep trouble. The situation has worsened further because of the choking of the funds from the banks which are used by the MFIs to on-lend to their customers. Even MFIs who do not have operations in Andhra Pradesh are being hit because banks are not providing adequate on-lending funds. Faced with liquidity crunch, MFIN approached banks to convince them to set up an Rs.1,000cr emergency fund to help MFIs tide over the slowdown in their business. Following these developments, CRISIL placed its outstanding ratings on the debt instruments of 12 of the leading MFIs in India on

Amid all the chaos, there was some relief for the MFIs from the Finance Minister who, in very clear terms, said that he does not want to “strangulate” the industry. The Finance Minister also said that the Union government will finalize the regulatory architecture for microfinance institutions and the ‘Microfinance Bill’ is in the offing. However, the rhetoric of the Finance Minister did not affect investor confidence and SKS share prices plummeted to below half its lifetime high to Rs. 641 on 18th November 2010. The current crisis has also affected the stock prices of banks with higher exposure to the microfinance sector on the assumption that loans extended by these banks to the MFIs have a high chance of becoming non-performing. However, the silver lining has been that none of the MFIs have defaulted on payments … yet (Even though, at least one MFI is said to have defaulted on its managed portfolio). Many loans are due for repayment in the first and second weeks of December, and this may be a crucial period for the already battered credibility of Indian microfinance. Defaults in the coming month will send the sector in a rapid downward spiral.

To add to the woes of the industry the Insurance Regulatory Authority of India (IRDA), which regulates the insurance industry in India, has started its investigations into noncompliance by MFI with IRDA insurance guidelines. As reported in an article published by DNA, SKS was being investigated on deviating on the guidelines related to commissions and claim settlement. A wider investigation by IRDA into the microfinance industry as a whole is now underway.

Overall, the microfinance sector in India is under huge pressure, and escaping the current crisis will depend both on regulatory prudence and responsible microfinance from the MFIs operating in India. N. Srinivasan, author of the annual State of the Sector, Microfinance India report is pessimistic about the future of most MFIs. Although the Finance Minister is clearly of the opinion that the industry should survive and its regulation should be in accordance to the proposed Microfinance Bill, recent developments like the state government of Karnataka’s plan to establish a state-funded microfinance institution like Andhra Pradesh’s SHG-based SERP  programme, and state government of Orissa’s plan to have a panel for MFI regulation may lead to the domino effect with every other state coming up with its own regulation. Well, thought out centralized regulation covering different legal forms of MFIs operating in India is much-needed to restore order and confidence.

At the industry level, there have been efforts to move towards more responsive microfinance, but more needs to be done with regards to client protection and financial education. The recent espousal of “Smart Campaign Partners” by SIDBI may be helpful in guiding the MFIs towards appropriate client protection measures, but the SMART campaign norms will require tailoring for the Indian market.

Riding high on private equity, the growth of the Indian microfinance sector has been spectacular over the last 4 to 5 years. According to Sa-Dhan, the Indian microfinance sector grew from USD 252 million to USD 2.5 billion between 2005 and 2009. In the same period, private-equity valuations of Indian MFIs soared. As the occasional paper of CGAP on the valuation survey explains, the private equity valuations of Indian MFIs were six times the book value and three times the global median. However, despite these higher valuations, there was no dearth of private equity flowing into Indian MFIs. As an article on MicroCapital.org reports that over the last 18 months till June 2010 there have been 20 deals worth USD 200 million. Of course, things have changed since October 2010.

Some explanations for the growth of investments in Indian microfinance come from a recent article of Microfinance Focus which states that India now has the largest microfinance industry with 62% growth in unique clients and 88% per annum growth in terms of the portfolio over the past 5 years. More importantly, the article also points out the excellent performance of Indian MFIs on a number of parameters:

That said, it will be instructive to see how the current crisis affects MFIs both in AP and in other states across the country. MicroSave has long expressed concerns about the ability of Indian MFIs to manage their exponential growth – both in terms of maintaining the integrity of processes and systems, and in terms of the real status of the portfolio (and how much of the remarkably good PAR rates is driven by multiple/ rollover financing and/or disguised by the rapid growth of the denominator). The current crisis is likely to bring such issues, if they exist, to the fore.

The impact of the current AP crisis of the microfinance sector in India is obvious – investor confidence is shaken and even the banks have dried up funds till proper and centralized regulations are in place. Nobody wants to take the political risk as it is least controllable. A direct impact of this is clearly visible as IPOs of other bigger MFIs like Share, Spanda, Asmitha and BASIX are on hold till the time the issue settles down.

The reported performance of Indian MFIs is, to date, excellent when measured on the institutional assessment parameters typically applied to MFIs. The microfinance sector in India still has all the potential to grow big and lead the world. However, to do that it will need to regroup and reinvent itself and work towards a more client-responsive, market-led approach to microfinance. The comments of the Finance Minister have been positive for the sector and hopefully, things will be much better for the sector when the central government promulgates the Microfinance Bill. In the interim, the challenge will be to navigate the difficult waters between now and February/March 2011 when the Malegam committee is due to report and the Microfinance Bill is tabled before parliament.

FOR PERHAPS THE MOST THOUGHTFUL COMMENTARY ON THE AP CRISIS SEE DAVID ROODMAN’S OUTSTANDING BLOG:

Strategy to reduce India’s Dependence on Import of Edible Oils