Anant Ambani is the second son of India’s richest man Mukesh Ambani, who is the owner of Reliance Industries.

He has two elder siblings, the twins Akash and Isha Ambani who were born on October 24, 1991. Anant Ambani’s date of birth is November 1, 1994, which makes him 22 years old while his elder siblings are both 25 years old. 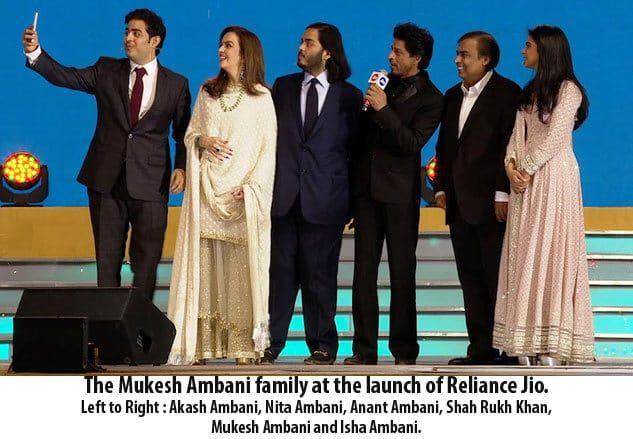 Anant Ambani has been overweight since his childhood. He came under the glare of the public at the match fixtures of Mumbai Indians, a cricket team owned by his father Mukesh Ambani. That was when the public first noticed his bulk and over a short period of time, he became the butt of crude jokes on twitter. These jokes were often accompanied by harsh comments about his weighty issues which must have caused enormous distress to the Ambani family. Some users even went to the extent of claiming that Anant Ambani was mentally challenged and that was the reason he was overweight!

The Internet is full of haters and they will never stop hating, no matter how perfect or imperfect you are. The young Ambani seems to have now taken all the criticism in his stride and surprised his detractors recently by dropping a whopping 70 kilos, over a period of 8-10 months!

It was in the third week of March 2016 that he was spotted at a ceremony at the Somnath Temple looking slim, his new image caught the media persons assembled by surprise and the next day it was splashed all across the newspapers. So the question on everyone’s lips now is how did he lose weight. Before we find out how he lost weight, we need to understand what were the factors that led to his weight gain? 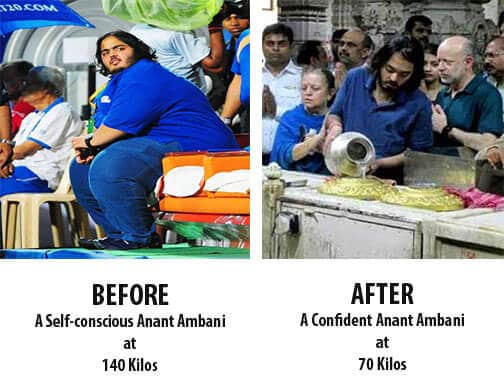 Why was Anant Ambani Overweight?

Anant Ambani has been suffering from obesity since his childhood days. When he was young he was highly asthmatic, as his asthma intensified he had begun to get asthmatic attacks. During an asthma attack, the lining of your airways which transports air to your lungs becomes swollen and inflamed making it difficult to breathe. As a last resort, the doctors had to prescribe steroids to keep asthma in control.

Steroids are extremely strong medications with anti-inflammatory properties. When taken for a short duration of a few weeks they do not have many side effects. When you consume steroid medication over a long period of time (months and years) one of the side effects they produce is an increase in your appetite. Steroid takers develop a voracious appetite which is difficult to control. Thus Anant Ambani got addicted to food and put on weight until it touched a high of 140 kgs some years ago.

What complicates matters further was his steroid use led to the development of Hypothyroidism, a health condition in which the thyroid gland is unable to secrete the hormones necessary for burning food efficiently. This led to his body storing most of the energy he consumed as fat. 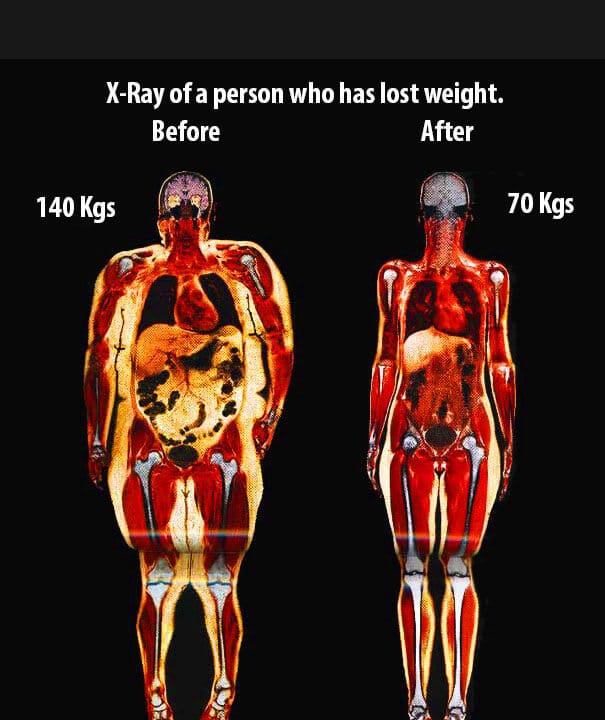 How did he lose the weight he gained?

The media reports mention that he has been training under the supervision of a trainer from the US and has begun running marathons at the Reliance refinery in Jamnagar in Gujarat. Losing weight in the Gujarati Ambani family is nothing new, his mother Nita Ambani lost 31 kilos and decreased her weight from 90 kgs to 59 kgs some years ago.

Did Anant Ambani go for a Gastric Bypass surgery?

Some commentators online have speculated that it would have been impossible to have lost so much weight so quickly without having undergone surgery. A special type of surgery known as gastric bypass is all the rage in India with celebrities and politicians opting for it. Two notable politicians who got it done recently are Nitin Gadkari and Arun Jaitley. This type of surgery helps you lose weight by reducing the size of your stomach which in turn makes you eat less as your stomach begins to feel full even after consuming a small quantity of food.

We all know that willpower cannot be developed overnight, it seems highly unlikely that Anant Ambani overcame his addiction to food cultivated over decades overnight. There is a high possibility that along with exercise he also used surgery to lose weight, however, the truth about how he lost weight is not yet out in the open.

Keep watching this space for more updates on how Ananth Ambani lost weight!

Update January 2017: I have added new information about how Anant Ambani lost weight. Do visit it to find out his secrets.