FinTech is an abbreviation for Financial Technology. It is often used to describe an innovative use of technology in the design and delivery of financial products. FinTech is being used by banks, insurance companies and other financial institutions to deliver new services to users in a cost-effective manner. It is one of the fastest-growing industries in the world because of the potential disruption it can cause in the world of finance which is dominated by large government and private banks.

The mobile phone has created numerous new opportunities for growth and innovation in the FinTech Sector. It is leveling the financial playing field by making services previously accessible to only institutional clients now available to the common man. By increasing, competition FinTech firms are reducing the prices paid by customers for financial services and products. It is also promoting financial inclusion around the globe by giving people access to banking services at a very low cost.

The rise of Fintech firms has startled the giants of finance awake. The past decade has seen more progress in financial technology than in the last century. Far from watching from a distance, incumbent banks have sped up their own transformation by investing in innovation and technology. Some of the established global banks like CitiVentures, JP Morgan and Goldman Sachs have emerged as the top investors in FinTech. They essentially want to secure their future by investing in the right technology.

The growth in Artificial Intelligence capabilities and Machine Learning will further transform the sector in the coming years as programs become more intuitive. Robo-advisors are expected to lead the next wave of wealth creation in society.

While the digital performance of established banks is improving, it is yet to catch up with Fintech startups. This is because many of these firms are too large when compared to nimble-footed startups. They are bogged down by issues with legacy software systems and bureaucratic red-tape on modernization. 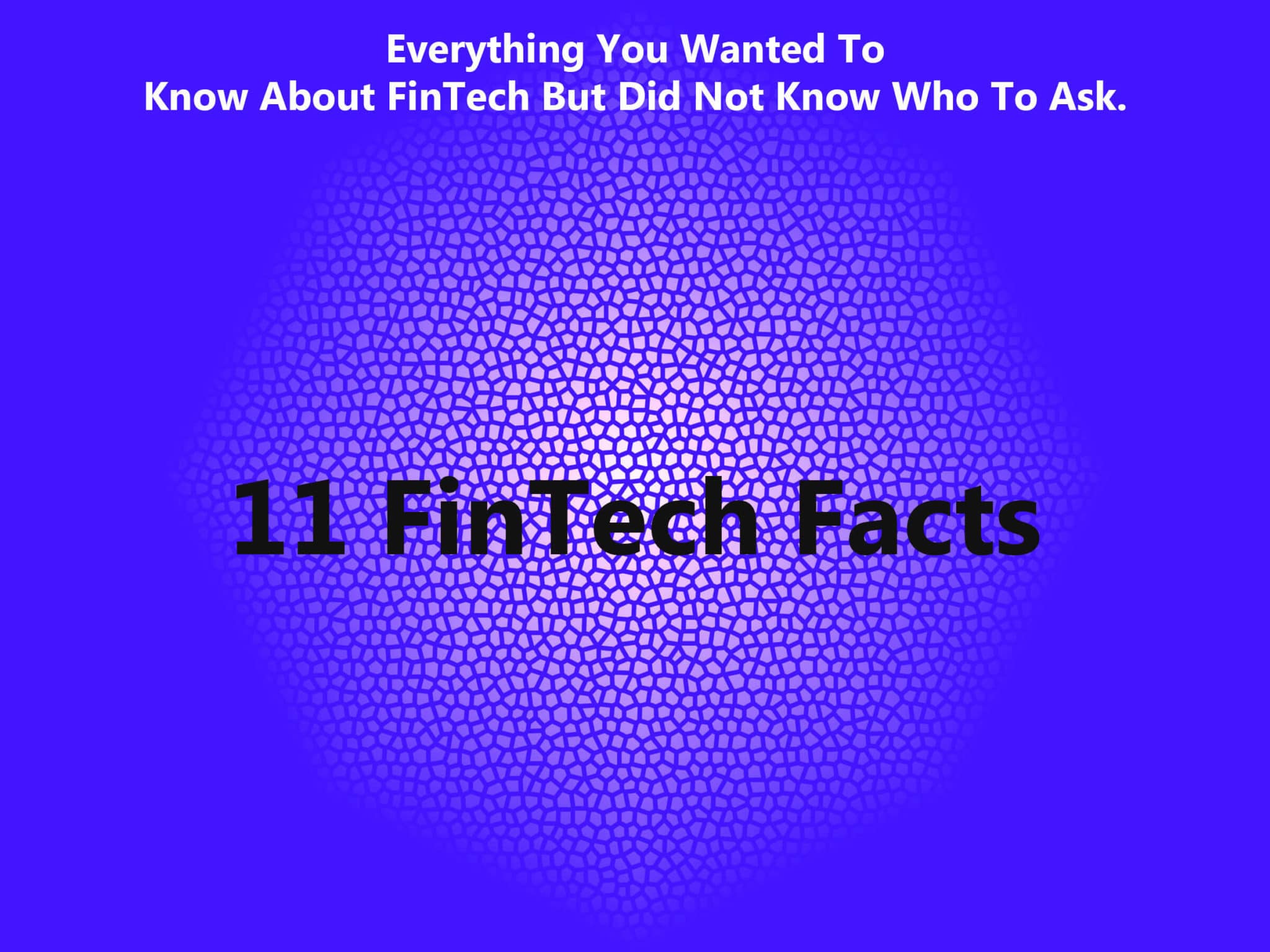 1. There are an estimated 7000 FinTech startups present around the globe with operations in 54 countries as of 2016.

2. Ant Financial which runs China’s biggest mobile payments service Alipay is the most valuable Fintech in the world valued at US$ 60 billion. The company has raised US$ 4.5 billion in funding since it’s founding in 2004.

3. The second most valuable Fintech company in the world is the Chinese P2P lending firm Lufax. It is valued at US$ 18.5 Billion.

5. The most valuable FinTech company in the United States is Stripe, an online payment processing firm. Founded in 2010, the company is valued at US$ 5 billion and counts Salesforce, Twitter and Kickstarter as some of its customers.

6. 2 out of every 7 people in the world are already using some form of FinTech innovation. The race is in getting FinTech services to the remaining 5 people..

7. Alipay which is the dominant online payment solution in China processed 3 times more payments than the global giant PayPal did in 2017.

8. The United Kingdom is home to more than 60,000 people working in the Fintech Sector, this is second only to Silicon Valley in San Francisco.

10. It is estimated that UK banks will lose up to 40% of their retail revenue to FinTech companies by 2020.